Warning: preg_match(): Unknown modifier '/' in /home/customer/www/industryleadersmagazine.com/public_html/wp-includes/class-wp.php on line 233
 SolarCity to invest $7M in Off-Grid African Solar Firm, Could this help the solar services in developing countries?

SolarCity to invest $7M in Off-Grid African Solar Firm, Could this help the solar services in developing countries?

SolarCity, America’s largest provider of solar services to people who can’t afford to pay upfront for a system is now looking to do the same for off-grid solar in developing nations. 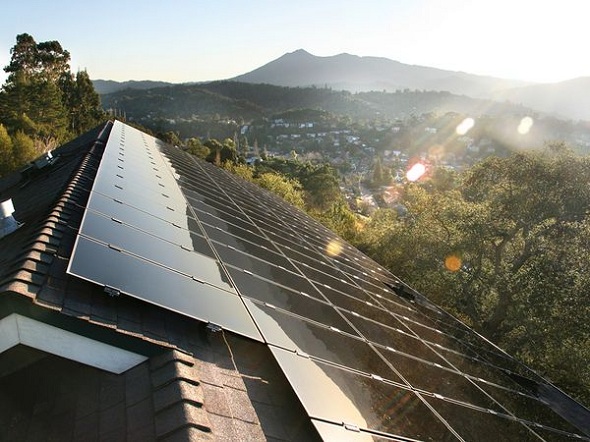 SolarCity has teamed up with venture firms Vulcan Capital and Omidyar Network to invest $7 million into Off-Grid Electric, a Tanzania-based company offering solar lighting services in Africa. The investment round is part of a flurry of venture activity in the off-grid solar sector.

The small investment provides SolarCity a passage into the booming off-grid solar market where mobile money platforms are capacitating pay-as-you-go services in Africa, Asia and the Middle East. It’s a seemingly natural fit for a company like SolarCity, which has helped pioneer the solar services model in the U.S.

Off-Grid Electric offers a mobile payment platform for consumers in Africa that allows them to buy solar lighting in small amounts, rather than having to pay for the whole solar system in advance. This new approach is fast becoming highly attractive in the developing world due to the universal use of mobile phones. The model is also known as  solar in a bottle,  as it allows consumers to purchase solar lighting services in small amounts, just as they would kerosene lanterns.

“Solar power is already more cost-effective than kerosene and other polluting power sources that are common in the developing world,” said SolarCity CEO Lyndon Rive in a statement. “Many emerging economies skipped the build-out of phone lines to go straight to cell phones, and the combination of solar and storage can obviate the need for more power lines. Off Grid’s growth could have a profoundly positive impact on the economies, human health, and air and water quality in the markets it serves.”

The move to mobile technology is considerably changing the view for distributed energy in the developing world. Traditionally, energy access programs have always been governed by big development banks and government institutions, which have mostly patronized costly coal plants and large grid build-outs. Many of those projects have been beneficial to industrial customers, but have failed to bring energy services to the general population. That has resulted in finding off-grid solutions that make use of the thriving network of mobile payment methods.

Besides, finding financial back up is still very difficult for the small companies that operate in the off-grid solar market. While the impact investors and non-governmental aid organizations have been conducive in helping the market, entrepreneurs suffer from a lack of finance compared to the level of international aid for large, centralized energy projects. But now that more large investors are showing interest in the off-grid solar market, the prospects for financing are beginning to look good.

Over the past six months, firms such as Khosla Ventures, DFJ, Omidyar Network and Gray Ghost Ventures have invested $13 million behind off-grid solar lighting companies. This $7 million round from SolarCity, Vulcan and Omidyar brings the total to $20 million.

That’s a significantly small fraction of what’s needed to thoroughly scale the market and reach the 1.4 billion people all over the world without access to modern energy services. While SolarCity’s entrance into the market is yet another sign that off-grid solar technologies along with mobile money are ready to take off. This should hopefully encourage more investors to embark on that space and consequently persuading large development institutions and governments to put more emphasis on distributed solar.