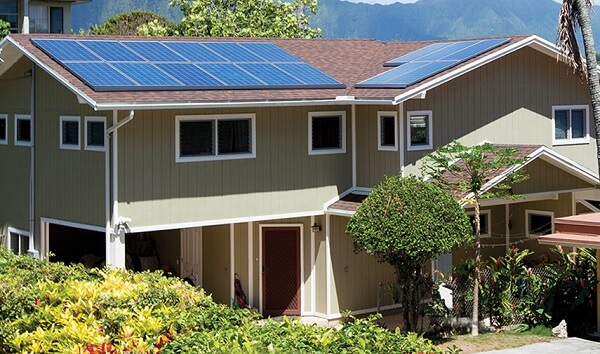 Retail solar service provider SolarCity Corp and Tesla Motors Inc. are partnering for the new product, with Tesla manufacturing the batteries for the project.

SolarCity intends to bundle energy storage with solar and offer the set to homes and businesses while still beating the energy rates offered by utility companies and also create a source of backup power. The California based company will provide lithium-ion battery systems from Tesla Motors with its CEO, Elon Musk, who is also SolarCity’s board chairman. SolarCity’s software will acquire information on customer’s energy use and automate how much energy to store and discharge all through the day.

According to SolarCity’s energy storage sales model customers who prefer the solar-and-storage combo need not pay for the upfront costs of the equipment and installation. In lieu they will sign long-term agreements for the solar electricity produced and the use of energy storage. Lyndon Rive, CEO of SolarCity said the company intends to sign up 30 megawatts to 50 megawatts’ worth of energy storage contracts in the coming year.

Other than being a backup power for businesses, SolarCity is also marketing the energy storage service as a way for businesses to reduce the amount of demand charge that they pay to utilities. Demand charge is commonly levied for commercial customers, whose peak demand could alter to a great extent throughout the day or from one day to the next. However homeowners need not pay the demand charge because energy demand from home to home doesn’t vary as much. Most utilities levy the demand charge to help pay for making sure they beget enough power and be able to send the power over transmission and distribution networks in order to meet the potential demand of their customers.

Historically the diesel power generators were the source of backup power for businesses. However the rise of rooftop solar installations has brought out the profit-making potential of energy storage systems. Solar panels can only generate power during the day and the amount produced can change depending on how sunny the day is. Accumulating surplus solar electricity for night use and to use batteries to regulate the amount of solar electricity flows into the grid, which will operate smoothly only when there is a balance of supply and demand.

The essential principle to creating this new energy storage market is to cut down the prices of batteries and other types of energy storage systems. Storage technologies continue to be highly priced mainly because not enough of them have been manufactured and installed. Hence companies such as SolarCity and Stem, are hoping to profit from selling energy storage services rather than the equipment itself.

SolarCity is marketing the solar-and-battery bundle in areas of California served by Pacific Gas and Electric and Southern California Edison, NSTAR’s territories in Massachusetts, and in parts of Connecticut served by Connecticut Light & Power. SolarCity is targeting these regions because those utilities’ demand charges are especially high, and that makes it more likely for businesses to see energy savings by choosing solar and energy storage.

According to Jonathan Bass, SolarCity’s spokesman the company has assured that its energy storage service could cut the demand charge by around 20%. Customers will need to sign a contract for the solar electricity and a separate agreement for energy storage. The solar contract could continue up to 20 years while the energy storage agreement would last 10 years, which is the life span of the battery system.

Almost 300 residential customers have already signed up and battery systems have been installed for about 100 or about 20 to 30 systems per month. The company is looking forward to adding 500 more customers and gather data from the installations to see what needs to be done with its residential storage business. At present the company is offering storage for homes only in California, and its customers pay about $10 per month for it.