Scientists use oxygen to improve energy transmission in Solar Cells

The solar wallpaper could be your home monitor 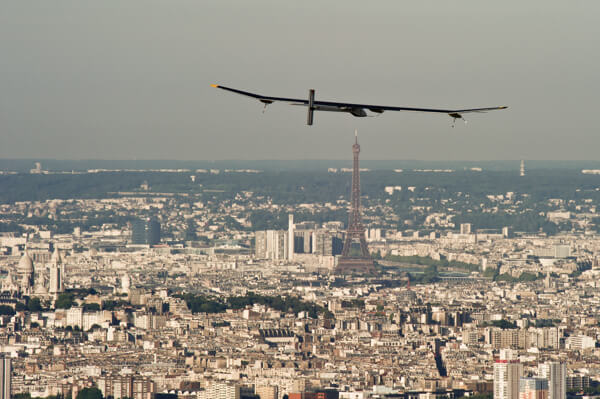 A fully Solar powered airplane landed in Washington on Sunday after a flight from St. Louis heading towards the end of its journey across the United States in an attempt to promote clean energy technologies.

The ‘Solar Impulse’ started is journey on 15th June and flew for more than 14 hours with a commitment to take an important step in achieving a world of clean technology. Solar impulse   landed at the Dulles International Airport near Washington a little later than midnight. The last spell of the trip is to begin in July and the Solar impulse is to fly to New York from Washington. With the completion of this journey, this aircraft will be one of its kind to complete a day and night journey across the US. One of its kind being the first solar-powered aircraft.

Solar Impulse has a wingspan almost equal to a jumbo jet and weighs like a small car. By 2015, they are determined to build an advanced solar aircraft which would be capable to fly around the world, though it has already achieved a landmark of flying intercontinental from Spain to Morocco in June last year.

This 10 year project began in 2003 with a budget of $112 million. Engineers from Swiss escalator maker Schindler and research aid from Belgian chemicals group Solvay have been involved actively in this ambitious project. Though Solar Impulse may not be the first solar airplane ever designed, but it is certainly the most ambitious one. None of its predecessors has ever managed to fly through the night that too with a pilot on board.

Swiss pilot Bertrand Piccard said in the statement, “It proves the reliability and potential of clean technologies, and this is crucial in pushing our message forward.” Piccard founded the Solar Impulse project with fellow pilot Andre Borschberg.

The upper part of the solar airplane’s wings is covered by solar panels. These are solar generators, meaning that they convert sunrays directly into electricity. The panels together are constituted of a total of 12’000 solar cells which, in turn, are all grouped into “strings” of 300 cells. At the extremities of each string, just like in a battery, there is the positive (+) and negative (-) pole. Each string has what’s called a Maximum Power Point Tracker (MPPT) which is responsible for extracting the maximum amount of power from the panels at any given solar intensity. The energy is then either stored in the batteries (there are 4 total) or immediately converted into mechanical energy, triggering the propellers to move. There are 4 motors on the Solar impulse.

The plane’s first leg of the journey from San Francisco to Phoenix was completed in early May and later that month it flew from Phoenix to Dallas. In June, the Solar Impulse flew from Dallas to St. Louis and made a trip to Washington in almost 30 hours of flying over two days.