Software Problems Lead GM to Halt Sale of Some 2013 Vehicles 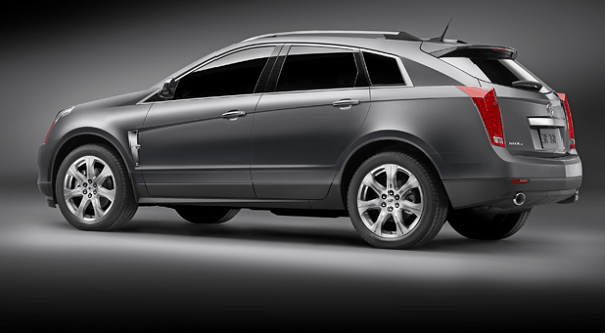 Automobile manufacturer, General Motors, was forced to halt the affected Chevrolet delivery of certain vehicles, including some of its most popular vehicles of 2013, due to a problem with the software that is affecting the OnStar communication technology equipped in their vehicles.

Alan Adler, the spokesman for GM, claimed late on Friday that the company is putting in extra effort to solve the OnStar software glitch which is present on about 60,000 automobiles on dealer lots. Models which have been affected by this technical problem include the 2013 Chevrolet Volt, Cruze and Equinox; the GMC Terrain and the Buick Verano as well as the Cadillac ATS and XTS. Among the 2012 models, the Cadillac SRX has also been affected. Adler assured that the problem would be offered with a solution in the coming days, probably sometime in next week.

The OnStar software glitch does not allow the crash notification feature present in OnStar to transmit an alert to the OnStar call center when the vehicle is mixed up in an accident, such as collision on the rear-end of the car, that does not cause the air bags to deploy. Thankfully, the software hiccup has not had any effect on the crash notification system of the vehicle in case of more critical crashes that prompt the air bags to set off. The OnStar software glitch also does nothing to prevent the deployment of the air bags. The OnStar emergency switch still operates fine and is able to establish a connection between the driver and an emergency adviser like it is supposed to do under normal circumstances.

A few specific vehicles have already been cleared for sale purposes, after General Motors was able to fix them via upgraded software which was flashed remotely using the OnStar technology. But as this method has failed to work on the entire line of affected automobiles, General Motors has asked the dealers to mend the remaining models with the help of a manual upgrade directly on their lots.

A memo was sent to different dealers from General Motors on Wednesday which asked them to halt the affected Chevrolet delivery of the automobiles until the problem had been properly resolved. The memo also added that the fix would likely be completed by the end of the month of September.

Adler revealed that engineers at General Motors stumbled across the problem at the time of crash testing. The company is not sure how many customers have faced problems due to this OnStar software glitch.

The problem was notified to the owners of the affected automobiles, late in August. Several of those models have already been fixed by remote apparently though the number could not be confirmed.

The orders to halt the affected Chevrolet delivery process come at an inopportune moment for dealers of Cadillac vehicles who had been quite looking forward to put the new Cadillac ATS on sale. The ATS had been promoted heavily throughout the coverage for the Olympic Games held last month. The very first shipments of this stunning automobile had arrived at dealerships only this week. On the other hand, the earlier new model, the Cadillac XTS was launched way back in June.

Many of the other models, that have been affected, rank among the top sellers for the company such as the Cruze, which happens to be Chevrolet’s second-bestseller after the Malibu, and the top-selling crossover for General Motors, the Equinox. Orders to stop the Chevrolet delivery were evident in last month’s sales figures.