WeWork, a unicorn once valued at $47 billion, is now worth as little as $7.5 billion as SoftBank takes control of the cash-strapped startup.

As a long-time WeWork investor, SoftBank plans to invest somewhere between $4 billion and $5 billion in exchange for new and existing shares. The deal is expected to be announced as soon as October 22, 2019.

SoftBank, led by Japanese billionaire Masayoshi Son, will have executive Marcelo Claure involved in the company’s management, likely as chairman. It will pay former WeWork CEO and current non-executive chairman Adam Neumann around $200 million to leave the board of directors, give up his voting shares and support SoftBank’s takeover. 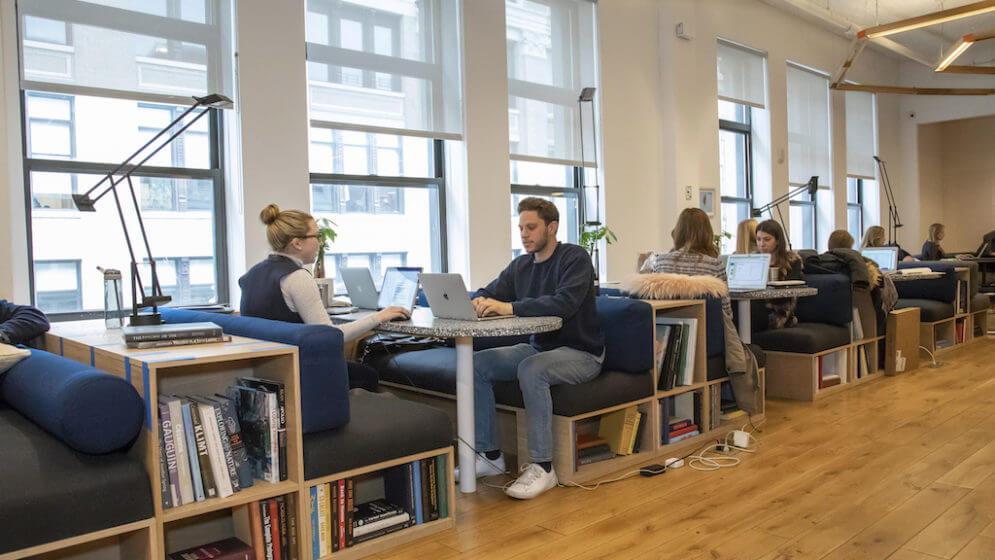 Booths on the fifth floor provide a flexible space for WeWork employees to work.

As a part of the deal, SoftBank will include a $3 billion tender offer to WeWork employees at $20 per share, along with additional equity.

Prior to this takeover, SoftBank had invested $10.65 billion in the co-working business.

The takeover bid comes four weeks after Adam Neumann gave up control of the company and transitioned into a non-executive chairman role. It is still unclear if Adam Neumann’s successors Sebastian Gunningham and Artie Minson will stay on as co-CEOs. Plans for layoffs also seem to be put on hold.

“As co-founder of WeWork, I am so proud of this team and the incredible company that we have built over the last decade,” Neumann said in a statement confirming his resignation last month. “Our global platform now spans 111 cities in 29 countries, serving more than 527,000 members each day. While our business has never been stronger, in recent weeks, the scrutiny directed toward me has become a significant distraction, and I have decided that it is in the best interest of the company to step down as chief executive. Thank you to my colleagues, our members, our landlord partners, and our investors for continuing to believe in this great business.”

WeWork is now expected to public in 2020.

Anna Domanska
Anna Domanska is an Industry Leaders Magazine author possessing wide-range of knowledge for Business News. She is an avid reader and writer of Business and CEO Magazines and a rigorous follower of Business Leaders.
« Toyota’s electric LQ concept comes with an AI personal assistant ‘Yui’
Qatar is now air conditioning the outdoors to protect people from heat »
Leave a Comment
Close