SoftBank Group on Tuesday disclosed that the Japanese multinational company will invest in creating “the world’s biggest solar power plant project” in Saudi Arabia, a step that signifies its commitment in the kingdom and a move beyond technology, Reuters reports.

The project, which would be completed by 2030, is expected to produce as much as 200 gigawatts (GW) in capacity, according to SoftBank Group CEO Masayoshi Son in his statement to Reuters. That would increase the global capacity of power generated from solar to around 400 GW which is comparable to the 390 GW capacity of the global power generated from nuclear plants as of December 2016.

Through this investment, Saudi Arabia currently, the world’s biggest oil exporter would increase its oil export capacity even further by reducing the volume of crude oil currently used in generating power. This investment proposal with SoftBank Group also demonstrates commitments to the country’s economic transformation by the Crown Prince Mohammed bin Salman, the de facto Saudi ruler. It can also be seen as a move to join the global energy transition to renewable energy. 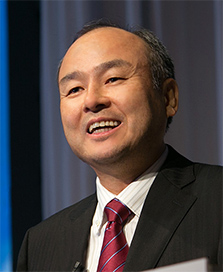 The total investment to generate the 200 GW is around $200 billion, covering battery storage, solar panels and facilities to manufacture panels in Saudi Arabia, said Son, according to Reuters. “The initial phase of the project, for 7.2 GW of solar capacity, will cost $5 billion, with $1 billion coming from SoftBank’s Vision Fund and the rest from project financing.”

Son added that Saudi Arabia’s plan to reduce the country’s oil dependence by 2030 was “a good match for the fund’s long-term vision for innovation.” “These two visions have come together to create clean, sustainable, low-cost and productive renewable energy,” said Son. “The Kingdom has great sunshine, great size of available land, and great engineers…”

Saudi Arabia currently generates a total capacity of 60 GW from installed solar panel despite being one of the countries with the highest Sun intensity. Most of its electricity is generated from oil-powered plants. This project, which will add 200 GW would yield excess capacity to enable the kingdom export some of its energy to neighboring countries or channel them to industrial use, though backup power sources are also needed in the country.

Saudi power generation is estimated to cost between 300,000 and 800,000 bpd of oil, according to the country’s oil industry. If this volume is exported and added to its economy, Saudi’s annual oil revenues would be increased by $7 billion or $20 billion using the current benchmark price of $70 per barrel.

An energy analyst, Peter Kiernan of Economist Intelligence Unit, Singapore refers Saudi Arabia’s move as its measures of addressing the predicted global energy shift since Saudi Arabia is in pole position to receive the maximum consequences of any arising effect.

“Saudi Arabia is clearly preparing for a post-fossil fuel dependent economy in terms of domestic energy consumption, and this huge bet on renewables would free up a lot of domestic output of oil for exports, while probably saving domestic gas resources as well,” Kiernan said.

“Up until now, progress in building solar capacity in the kingdom has been very slow, but this deal might give it the kick start it needs. But 200 GW by 2030 though, that’s another question,” he added.