Softbank Group is in talks with the Indian Government to accelerate the use of renewable energy charge electric vehicles in the country. India has some mega power projects planned to increase power generation amount by 2030. Over the next 15 years, it plans to electrify all its vehicles. Until now, India has relied on a mix of renewables and traditional power. As a matter of fact, much of the country’s renewable energy policy is focused on solar power to charge the vehicles. The Indian Government’s focus on green energy could boost SoftBank’s solar ambitions in the nation of 1.3 billion people.

SoftBank will invest up to $20 billion along with Taiwanese manufacturing major Foxconn Technology and Sunil Bharti Mittal’s Bharti Enterprises in solar projects in India. This electrification drive aims to achieve a target of over 150 gigawatts of additional power.

India is making a concerted push away from coal. This nation of 1.3 billion people is the world’s largest coal producer and the third biggest greenhouse gas emitter. By 2050, India’s coal share in the energy mix will dramatically shrink to 40-48 percent from 58 percent in 2015. 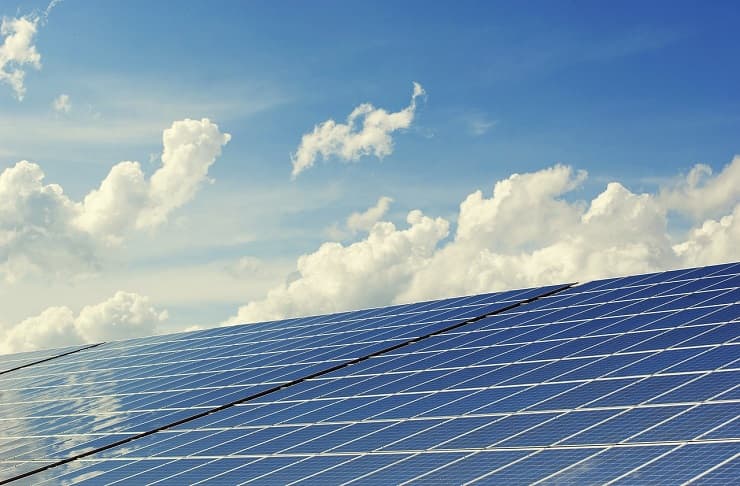 Meanwhile, solar power tariffs continue to be in a free fall at 2.62 per unit (INR).

SoftBank has picked up stakes in India’s e-commerce and technology space with heavy investments in Housing.com, Snapdeal and Ola Cabs. In fact, it is the biggest investor in India’s second largest ride-hailing firm, Ola Cabs. The ride-hailing firm is now preparing for a large-scale rollout of electric vehicles by 2018. In May 2018, it will launch its first trial to test the viability of the big venture.

Indian Prime Minister Narendra Modi unveiled a blueprint in May, aimed at minimizing anthropogenic carbon emissions. India wants to electrify all vehicles in the country by 2022. Under the Paris Accord, India has committed to ensuring that at least 40 percent of its electricity will be generated from non-fossil fuels sources by 2030.

Building one or two solar plants, however large they are, is not enough. In the past, China has canceled coal plants too and dedicated to increasing its use of renewables and solar energy. Despite heavy subsidies in India, electric vehicles sales have been negligible due to unaffordable battery cost and lack of charging infrastructure. Recently, SoftBank officials held discussions with government officials on potential solutions for India. But the question remains: Will India be able to run off one terawatts of energy by 2030?

Anna Domanska
Anna Domanska is an Industry Leaders Magazine author possessing wide-range of knowledge for Business News. She is an avid reader and writer of Business and CEO Magazines and a rigorous follower of Business Leaders.
« Waymo’s Self-Driving Truck Already in the Testing Stage
Snap Acquires Placed to Improve its Marketing Aspects »
Leave a Comment
Close