Softbank Dumps 1.1% of Its Visions Fund in a Smart Window Glass Company

View’s “Dynamic Glass” is an energy-efficient technology which allows customers to control the tinting intensity using smart devices. The company spent about a decade developing the glass technology, which boycotts the need for window accessories, including blinds and helps to lower the cost of cooling. For a couple of years now, the glass is gradually becoming common in airports, office buildings, and hospitals.

View plans to expand its manufacturing plant in Mississippi

Glass maker View plans to use Vision Fund investment to double the size of its manufacturing facility in Olive Branch, Mississippi and to re-engineer its glass for other futuristic applications. We are digitizing the window, a décor that has been a dead object until now, View CEO Rao Mulpuri said.

SoftBank’s Vision Fund – a $100 billion capital allotted for promising technology companies is largely backed by Saudi Trust Fund, which contributed $45 billion. The Japanese investment firm has in the past placed bigger bets on companies like WeWork and Uber Technologies, though the Vision Fund View deal is the biggest it has disclosed recently. 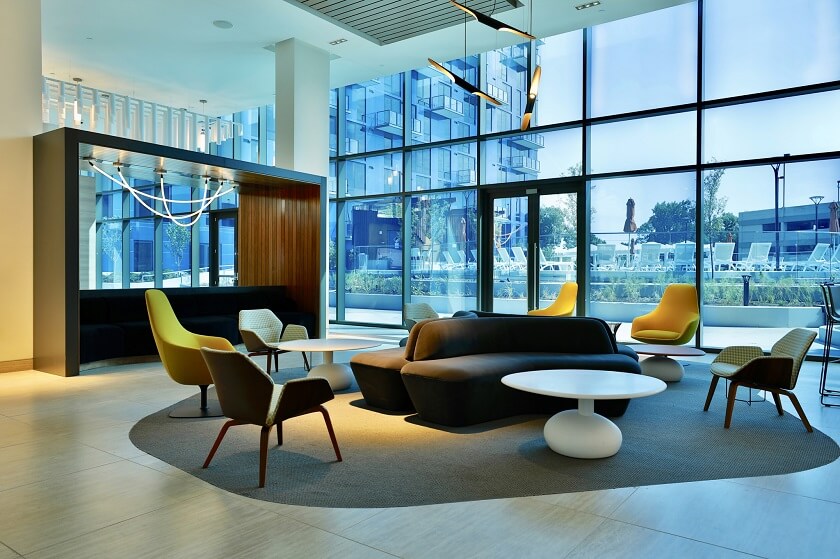 View had raised around $800 million from a number of investors before the Vision Fund investment, which had been in works for weeks. TIAA investments, Madrone Capital Partners, Corning Inc, and Sovereign wealth Fund New Zealand are some of the investors that contributed to View’s previous funding but the $1.1 billion round was raised by SoftBank alone.

“We’ve now built a relationship of getting to know SoftBank,” Mulpuri said. “We are quite comfortable moving forward with this investment.”

It involves a deposition of current-carrying metal oxide films on a pane of glass – the same technique used in manufacturing semiconductor. When a very low electrical current is passed through the films, it induces a change in the refractive index of the glass [or darkens it] with respect to the amount of current applied. Around the glass is a frame with a computing device which regulates the tinting and connects to the internet and a radar for weather monitoring always mounted on the building roof. Customers are able to automate the tinting process for a large group of panes or a single pane using a mobile app.

By removing the need for window accessories and lowing energy costs for cooling, View argues that its product saves customers more money, though the Dynamic Glass costs a lot (about four times) more than the regular glass.

SoftBank View deal is the second investment from Vision Fund in a week. The Japanese conglomerate earlier disclosed investing $375 million into pizza-making Zume, a startup that uses robots to make and deliver food.

Shopping for a new EV can be tough. Top help you narrow your choices down, here are the best electric cars of 2022 that earn our top recommendations.
3 hours ago

The upcoming Rivian IPO shows how it’s Tesla’s biggest EV competitor in the making. We spoke to automotive industry experts to find out if Rivian Automotive’s initial public
21 hours ago