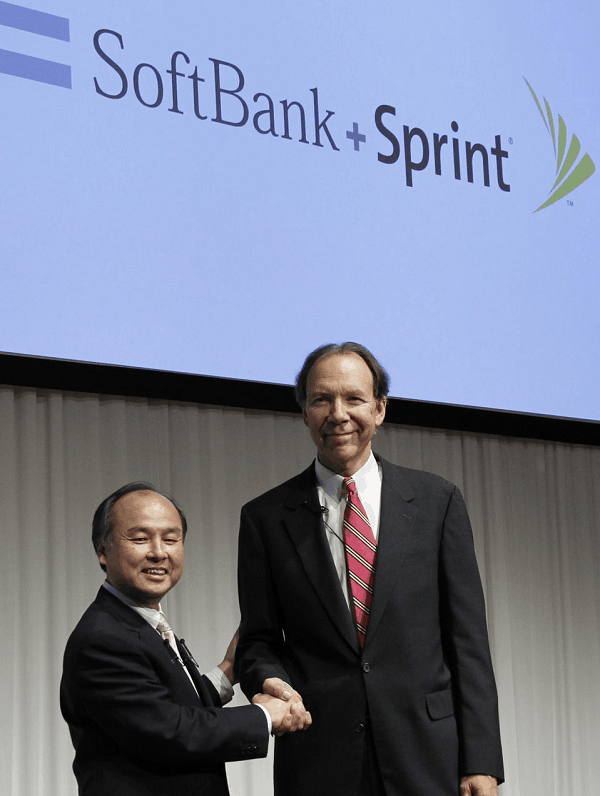 Japanese mobile operator Softbank Corp. is most likely to announce sometime around the later part of October 15, a deal which nears around $20 billion, in order to gain control over the U.S. carrier Sprint Nextel Corp. This amount of 20 billion dollars or 12 billion pounds is the highest that has been paid by any Japanese firm for the takeover of an overseas firm.

According to the reports, the deal is set to be announced around 0800 GMT at a news conference. This deal would allow U.S. carrier Sprint Nextel Corp. means and peers to build a 4G network for a better competition in the wireless market of the U.S., which is dominated mainly by Verizon and AT&T. As per the deal which will result in Softbank’s acquiring of Nextel, Japanese mobile operator Softbank Corp. will buy around $3 billion bonds of Sprint at the rate of $5.25 for each share. This was reported by the Wall Street Journal on the basis of what was sighted to them by some sources who are well aware of the matter. It has also been reported that the Japanese mobile operator Softbank Corp. will buy $5 billion of stock directly from the U.S. carrier Sprint Nextel Corp. and pay $7.30 for each share it buys from the public markets. Incidentally the shares of the U.S. carrier Sprint Nextel Corp. closed at $5.73 on the 12th of October.

The status of the companies:

The shares of the Japanese mobile operator Softbank Corp. tumbled on the 15th of October by about 8.1 percent and since the news of Softbank’s acquiring of Nextel has come out, the company has lost over one fifth of their total value. The CEO and the billionaire founder of the Japanese mobile operator Softbank Corp. is incidentally well known for his risk taking maneuvers all over the market. There are ongoing speculations in the market that Softbank might just be offering too much money for their entry into the telecommunications market of the U.S. The U.S. carrier Sprint Nextel Corp. on the other hand, led by CEO Dan Hesse, has a net debt of as much as $15 billion. Softbank also has a net debt of nearly $10 billion in the market apart from the $2 billion of debt of the eAccess Ltd that they have only recently agreed on buying.

In spite of the dwindling market status of the Japanese mobile operator Softbank Corp., four banks have approved loans to the company to proceed with the deal. According to some reliable sources with knowledge of the matter, the total loan from the banks amounts to about 1.65 trillion yen or 13.1 billion pounds. Commitment letters for the providing of the loan were sent for Softbank’s acquiring of Nextel by Mitsubishi UFJ Financial Group, Mizuho Financial Group Inc., Deutsche Bank and Sumitomo Mitsui Financial Group. The market reaction to the deal is similar to that of the reaction a few years back when Softbank set to buy the Japan unit of Vodafone. That deal turned Softbank a company worth 3 trillion yen into a company worth 6 trillion yen. Hopes are that Softbank’s acquiring of Nextel brings success to the company as well.