So Finger-Licking Good… The World’s Most Coveted Restaurants.

Eurozone Pressures Extend beyond Greece, to Spain and Italy 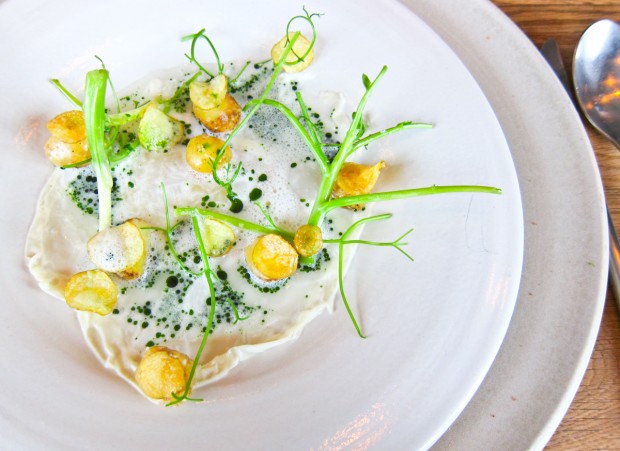 What’s that saying ? The way to a man’s heart is through his stomach ?

Well, the restaurants we will feature here will, we promise, also find their way to every woman and child’s heart; restaurants sure to pamper your senses and nourish your soul.

Extracted from the list of the S.Pellegrino World’s 50 Best Restaurants Awards, the three most coveted restaurants in the world are ranked not simply on how expensive the meals here are. Rather, this list is created by The World’s 50 Best Restaurants Academy, an influential group of over 800 leading food critics, chefs and restaurateurs across the world, each selected for their expertise and extensive experience in the international restaurant scene.

The most interesting part about these awards, that sets them apart from any other awards in the restaurant industry, is that these restaurants do not need to meet any particular set of criteria like selling a specific product, being established for a certain minimum number of years, or to have won any other culinary accolades. Based on subjective experiences of the very distinguished panel members that constitute the Academy, the S.Pellegrino World’s 50 Best Restaurants are chosen from thousands of votes cast by the members of constituent regions world-wide.

So which gastronomical heavens figure among 2011’s top 5 ?

Let’s find out what’s so special about these world leaders in the restaurant industry. 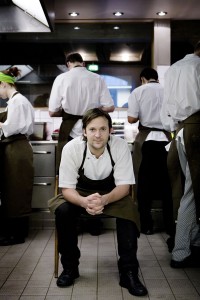 Chef Rene Redzepi of Noma, dubbed “the rising star of European Cuisine”, has cooked at some of the world’s most well-known restaurants including The French Laundry, El Bulli and Le Jardin des Sens in Montpellier.

Having learnt from the best, what Chef Rene offers at Noma, is, according to the restaurant, his “personal rendition of Nordic gourmet cuisine with an innovative gastronomic take on traditional cooking methods, fine Nordic produce and the legacy of our shared food heritage”.

Exactly how very special this restaurant is, is evident from the fact that there are no waiters at this restaurant. Only chefs. And extremely enthusiastic ones at that. So the chef who cooks a dish, serves you, and if you’re willing, will also go to extreme lengths to explain to you everything about the dish.

Having been described as offering “an emotive, intense, liberating way of eating, unlike any other”, Noma has established its “difference” in rediscovering and bringing back to Denmark, outstanding foods from across the Nordic regions.

Laying just as much emphasis on the more modest, often disregarded ingredients like grains as pulses, as he does to some very costly ingredients, what Chef Rene’s restaurant offers is  an amazing juxtaposition of a “fairly ambitious” style of cooking, and the purity and simplicity that is essential to Nordic cooking.

Booking a table here however, is anything but simple. Bookings here are open only one day in a month and this too for reservations that can only be made three months down the line or more. 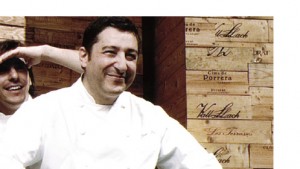 The Roca brothers of El Celler de Can Roca

El Celler de Can Roca which takes the spot held by the very popular El Bulli in 2010, is reportedly the least well-known restaurant to have claimed such a high rank in the prestigious awards listing.

The dishes on the Roca brothers’ menu have been conceptualized on the basis of two threads of thought. Their techno-emotional “landscapes of memory” cuisine promises to bring back sensations and memories that evoke immense pleasure, while their “emotional cuisine” is based more on breaking things down to understand them completely, with their belief being that “if cuisine is to make sense, one needs to carefully study why things happen in the first place”.

The Catalonian restaurant is run by the three Roca brothers, Joan, Josep and Jordi, who have also been divided in terms of the restaurant’s functional structure as the “savoury mind”, the “liquid mind” and the “sweet mind” respectively.

At number three, Mugaritz, another Spanish restaurant, is the brainchild of Chef Andoni Luis Aduriz.

With menus that change daily according to what Chef Aduriz can get his hands on at the street markets and what’s growing in the restaurant’s herb garden, the cuisine at Mugaritz is based on the chef’s self-dubbed ‘techno-emotional’ approach.

With a mind-boggling level of research having gone into designing the restaurant’s cuisine as well as its overall experience, what Mugaritz offers, is “a personalized menu including fifteen dishes and the result of years of research, hundreds of tests until perfecting the techniques.”

Christy Gren
Christy Gren is an Industry Specialist Reporter at Industry Leaders Magazine she enjoys writing about Unicorns, Silicon Valley, Startups, Business Leaders and Innovators. Her articles provide an insight about the Power Players in the field of Technology, Auto, Manufacturing, and F&B.
« A Ceaseless Climb for Gold, while the World Economy Bites its Nails…
Apple Star Kid Quits. “I hereby resign as CEO of Apple” Says Jobs »
Leave a Comment
Close