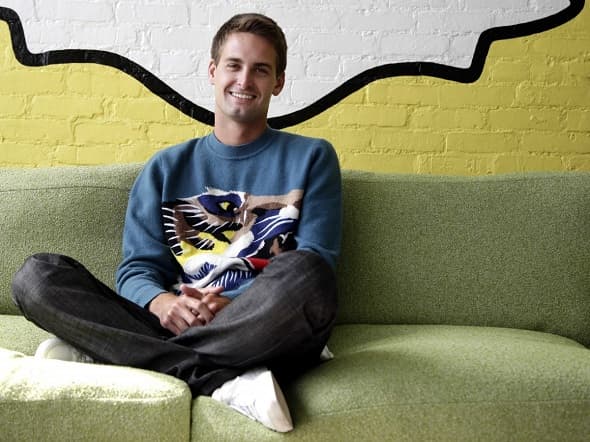 Several news outlets today broke the news that Snapchat which has no potent revenue source is raising funds from investors based on a valuation of $10 billion.

The Wall Street Journal’s Evelyn Rusli and Douglas Macmillan citing anonymous sources familiar with the matter reported that Kleiner Perkins Caufield & Byers, one of the best-known VC firms in Silicon Valley, has agreed to invest in the Snapchat Inc. “at a valuation close to $10 billion”. CNBC, Bloomberg News and TechCrunch also reported citing unnamed sources that the ephemeral photo messaging Service Company has been in talks with investors for past few months based on a $10 billion valuation.

If reports are true, then it could entail that Snapchat will soon be amongst the world’s highest valued private tech startups in spite of its lack of straightforwardly identifiable paths to revenue.

According to unnamed sources, Kleiner has committed to invest a sizable amount of up to $20 million; a deal that could roughly give the VC firm a stake of 1% in the company. The Wall Street Journal remarked that “at least one strategic investor has also committed to invest in the round, which isn’t yet closed”.

Earlier this year, Russian investment firm, DST Global also invested in Snapchat based on a valuation of $7 billion.

Why is Snapchat valued so high?

Snapchat, which features no ads, is slowly turning into a ubiquitous messaging service app and is currently the third most popular app amongst Gen Y. Sources familiar with Snapchat’s internal numbers revealed that it has more than 100 million MAUs (monthly active users), a number more striking  to potential investors.

Earlier in 2013, venture capitalists valued Snapchat at more than $800 million and last at the end of the year at $2 billion. Advertisers see enormous potential in the three year old app due to its widespread growth and usage amongst millions of young demographic. Last November, Snapchat turned down a $3 billion acquisition offer from Facebook.

Snapchat is not only the fastest growing mobile app but also one of the fasting growing tech startups in terms of its valuation.

The recently raised capital could help Snapchat outline prospective and successful revenue path. As a matter of fact, Evan Spiegel, co-founder and CEO of Snapchat has already charmed investors by sharing the company’s revenue plans in recent months, said a person familiar with the matter.