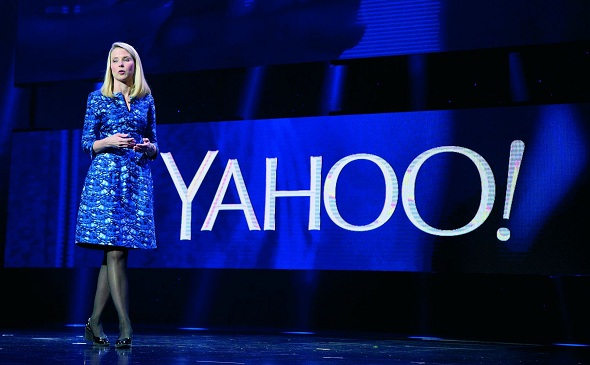 Yahoo’s investment in Snapchat, albeit short of what 1% of the Alibaba windfall, is a mammoth step to yet another success story.

Reminiscing the success of its investment in Alibaba Holdings Group, Yahoo Inc. is reportedly eyeing on Snapchat. The Internet giant is currently in talks with Snapchat and has committed close to $20 million in the ephemeral photo messaging startup in a deal that would value Snapchat at $10 billion, according to the Wall Street Journal.

The move is yet another desperate attempt by Yahoo CEO Marissa Mayer to keep its shareholders upbeat while she sails on a strenuous cruise to revitalize the organization.

In 2005, Yahoo paid $1 billion for a 40 percent stake in the Chinese e-commerce company. Following Alibaba’s historic IPO, Yahoo has a lot of cash to play with – it made $9.4 billion from selling 140 million shares. The IPO gave an enormous windfall of around $5 billion (post taxes) and a much needed momentum along with a 20% rise in its stock in past six months.

While Mayer has effectively shown that she would return at least 50% of the returns from the Alibaba IPO to shareholders, apparently as a stock buyback, financial analysts have been anticipating to know on what she plans to do with whatever is left of the money.

Yahoo’s investment in Snapchat, albeit short of what 1% of the Alibaba windfall, is a mammoth step to yet another success story. But what’s with the valuation of a messaging service that has no realistic revenue model.

Last month Industry Leaders Magazine reported on its massive valuation of $10 billion, in spite of its zero potent revenue sources, ‘‘Snapchat is not only the fastest growing mobile app but also one of the fasting growing tech startups in terms of its valuation’’.

‘‘Snapchat, which features no ads, is slowly turning into a ubiquitous messaging service app and is currently the third most popular app amongst Gen Y. Sources familiar with Snapchat’s internal numbers revealed that it has more than 100 million MAUs (monthly active users), a number more striking to potential investors,’’ it added.

As CNNMoney’s Paul La Monica put it perfectly a month ago, its “put up or shut up time” for Mayer and Yahoo.

Mayer is under a lot of pressure to prove that Yahoo is steering in the right direction. With a string a acquisition in recent years, including the highly publicized purchase of blogging site Tumblr and Summly, the new accumulation site created by a British teenager. Then rumors running around hinting that Yahoo could buy AOL, a move upheld by no less than one prominent investor. 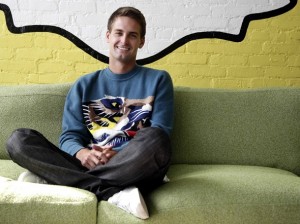 Snapchat in 2013 made headlines after co-founder Evan Spiegel rejected a $3 billion acquisition offer from Facebook.

Undeniably Mayer has put a lot of effort to steer Yahoo into the digitized paths of the internet – mobile, social and video. Interestingly, Yahoo likewise acquired messaging app MessageMe last week and immediately killed it off. This kind of strategy makes you wonder of whether Yahoo has its own meticulous plans in the mobile messaging space.

Snapchat in 2013 made headlines after co-founder Evan Spiegel rejected a $3 billion acquisition offer from Facebook. Spiegel himself has been subject to criticism after a series of controversial university e-mails with referring to bouts of drugs, drunken sex and misogynistic behavior that were leaked online a few months ago. The 24-year-old co-founder later apologized for his comments, asserting that they do not reflect his views about women.

Obviously, it is conceivable that a Snapchat investment could pay off for Yahoo, in spite of the fact that the reported stake is quite modest. The startup has encountered amazing user growth in a brief time of time and as of now has financial backing from some prominent financial investors who have tasted success.