A new toilet design by Japanese architect Ban uses smart glass technology to ease public toilet use anxiety. One can check they are secure and hygienic from outside itself as they are transparent, and turn opaque the moment you turn the lock.

Public toilets are something of a last resort and for people who are desperate enough to venture into a quagmire of foul smell and dodgy hygiene. With a reputation of higher standards of hygiene and toilet innovativeness that stumps most new visitors to the country, Japan has come up with another innovative way to conquer toilet anxiety.

Renowned Pritzker Prize-winning Japanese architect Shigeru Ban has come up with two public smart glass toilets as part of a Tokyo toilet project run by the Nippon fountain. They are located in the city’s Yo Yogi Fukamachi mini-park and the Haru-noogawa community park.

They have been designed with two key points in mind—cleanliness and security. Something that almost everyone can identify with.

“There are two things we worry about when entering a public restroom, especially those located at a park,’ comments Shigeru Ban on the Tokyo toilet webpage, “the first is cleanliness, and the second is whether anyone is inside.” 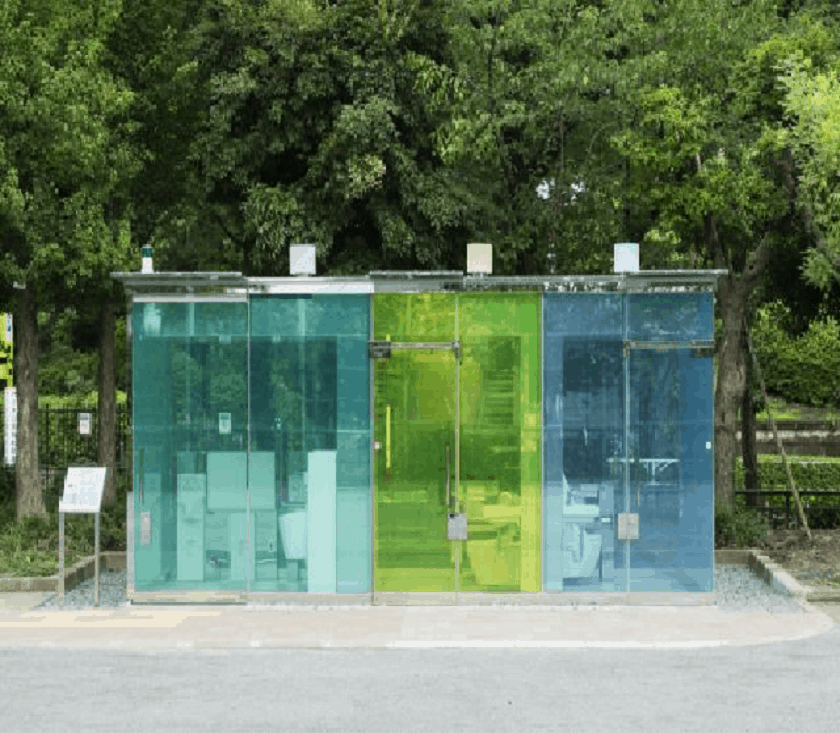 The glass remains transparent when unoccupied

It is transparent and opaque both, depending on usage. A prospective user can check the state of the toilet as it is transparent if nobody is using it. One can check the cleanliness status and that no-one is lurking inside. The moment one enters, the walls turn opaque, allowing privacy to the user.

Divided into three cubicles, the two colorful smart glass public toilet units match the hues and colors found in both parks, instantly becoming a part of the environment. There are separate toilets for women, men and an accessible facility bathroom. At night, the facility lights up the park, referencing a lantern. And also advertises its security aspect.

“This project by the Nippon Foundation aims for the realization of a society where all kinds of diversity are accepted, by building public toilets. With the full cooperation of Shibuya city, 17 toilets that are accessible for anyone regardless of gender, age, or disability will be created,” said the Nippon Foundation. 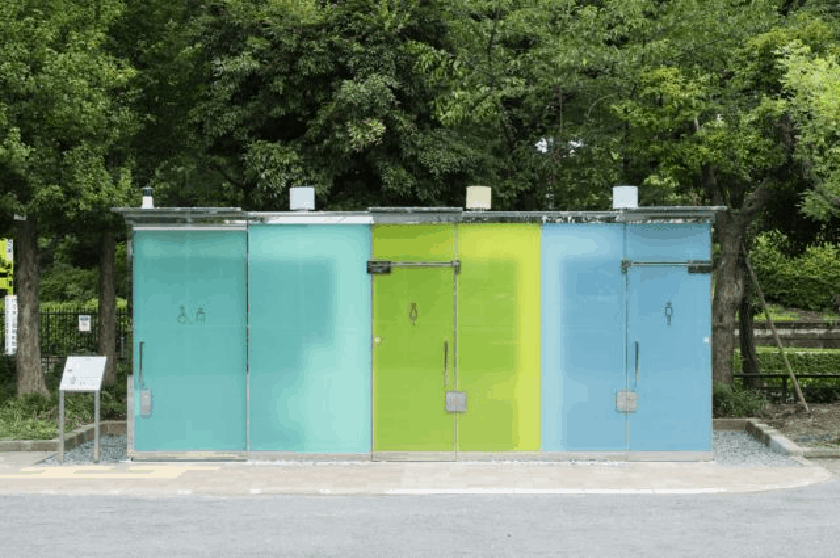 The glass becomes opaque when locked

Sixteen creators are involved in the projects. The toilets will be the constructed by Daiwa House Industry co., ltd., while Toto Ltd. will supply the toilet equipment and advice on layout.

These toilets will be using smart glass technology.

This is not the first time that this smart glass tech has been utilized in Japan. In 2014, Oita City introduced public toilets that turned opaque when sensors detected motion.

But the motion detection sometimes went off at inappropriate moments, according to a Kotaku report.

The coming weeks will see restrooms designed by architect Takenosuke Sakakura in Nishihara Itchome Park and Tadao Ando, yet another Pritzker Prize winner, in Jingu-Dori Park. The rest of the toilets designed by other participants will open in the spring of 2021.

The entire energy sector yield hovers around 4%, according to the Energy Select Sector SPDR exchange-traded fund.
8 hours ago