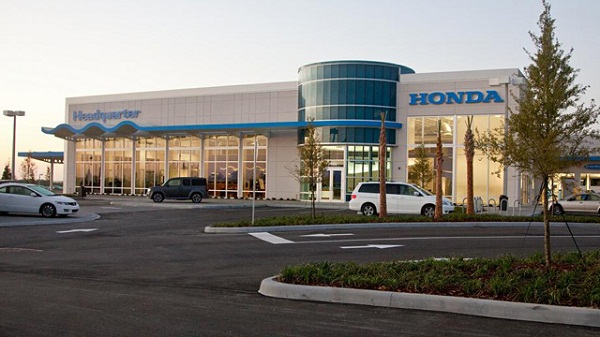 Honda Motor Company Ltd. is to downsize 800 jobs at its Swindon car plant due to a sharp decrease in demand in the EU. The biggest slumps in car sales were seen in crisis-hit eurozone countries such as Spain, Italy, and Greece.

The Japan’s carmaker, Honda Motor Co., informed that it would reduce its labor force by downsizing 800 jobs at the Swindon car plant as the European Union saw a sharp drop in car sales in 2012. The company had expected a rise in European demand and thus heavily recruited staff to attain maximum output and productivity. However, on the 11th of January,  the Japan’s carmaker informed that it experienced static sales and uncertain production levels.

This is the first time in the history of Honda Motor Co. that the company is forced to cut down its workforce. The Japan’s carmaker runs since 1992 and had never felt the need to make any job cuts. Honda Motor Co. employs about 3,500 workers at the Swindon car plant and plans to reduce it by approximately one-fourth. The Japan’s carmaker faced severe losses in the European markets and therefore the company thought that it would be more convenient to control costs by cutting down on surplus jobs and low-productive factories.

The Swindon car plant produced more than 165,000 cars in the previous year, though it can build more than 250.000 units. However, it was still low compared to 230,000 units produced in 2008. Just in 2012, Honda Motor Co. hired as many as 500 workers at the same plant. Economic crises and weak demand have led to the decision to downsize though.

Honda Motor Co. is expected to begin a formal consultation with the workers over the issue of the planned downsizing by the end of the second quarter. The company, however,  has underlined that it will try to do whatever it takes to avoid compulsory redundancies in the process. The plans regarding the Union Officials have been briefed and soon the Swindon car plant of Honda Motor Co. will see individual discussions held for the workers as a part of the condolence and consulting session. The job cuts at the car plant will be in effect from the end of April.

As the European market is unsteady also other carmakers try to adjust to new conditions. For example, Ford Motor Co. and the luxury brand Volvo also plan to downsize over thousands positions  in Belgium.

Only the UK is a strong point on the map of the EU. Honda underlined that the UK sales were strong throughout the year. Ken Keir, executive vice-president of Honda Motor Europe, said: “Honda remains fully committed for the long term to its UK and European manufacturing operations. However, these conditions of sustained low industry demand require us to take difficult decisions.”

Due to the fact that the UK market is viewed as a stable one, Honda Motor Co. thinks that the market has the potential unlike mainland Europe. The Japan’s carmaker underlined that it would continue to produce cars in Britain.