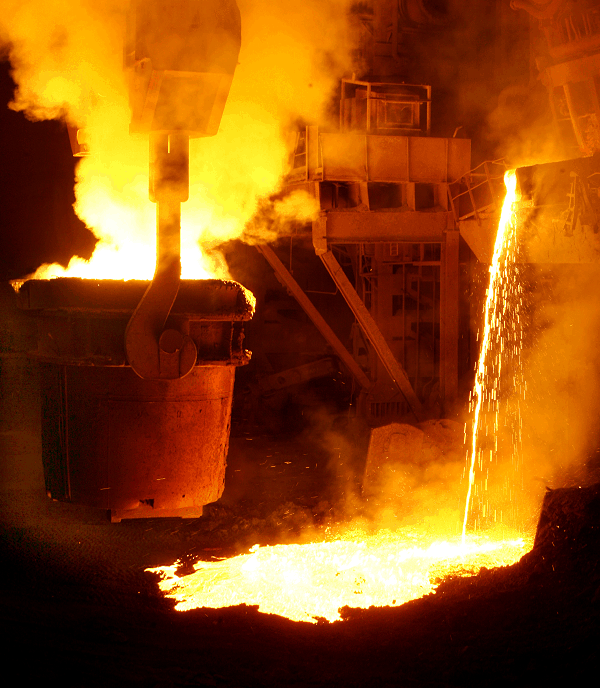 Cookson Group PLC was affected by the slowdown in steel production

A slowdown in global steel production affected Cookson Group PLC as the company has warned that its profits will be below initial estimates. Cookson Group, one of the UK’s oldest industrial companies, has admitted that its division producing glass and ceramic products for steelmakers was weaker in July and August than initially expected. Cookson Group’s shares dropped after the company had warned profits would be affected by slowdown in global steel production.

Cookson Group, which can  trace its beginnings back three centuries, informed that its engineered ceramic divisions had been affected by the global economic downturn as well as a slowdown in steel production. The company warned that its full-year’s results would be below initial estimates. The information triggered a 14 percent drop in Cookson Group’s stock market value to £1.5 billion as the engineered ceramic business makes up a large part of the company’s revenue. The ceramic division of Cookson Group, which supplies the global steel and foundry, earns more than two-thirds of total group revenues.

In addition, the group’s ceramics division has also been affected by a drop in demand from trucks and carmakers, wind turbine producers, miners as well as builders. Cookson Group has already responded to tough economic conditions by cutting temporary employees and overtime. The company employs approximately 15,000 workers in 40 countries. Cookson Group has been also considering a demerger of the ceramic division from the company’s performance materials unit, which supplies parts for producers of tablet devices and smartphones, including Apple Inc.’s iPhone. According to Michael Blogg, an analyst with Investec, “A demerger is still being assessed but there are also some warning signs around growth rates in its performance materials division.”

The company, however, has not decided yet what to do; it still considers all its strategic options which might lead to the demerger.

As it was stated by the World Steel Association, average monthly steel production volumes in July and August dropped by approximately 3 percent for the world excluding China, compared with the average rate in the first six months of the year. The slowdown in steel production was most noticeable in Europe, which saw a decline of about 11 percent, while the steel production in the US fell by roughly 3 percent.

Nick Salmon, chief executive officer at Cookson Group, noted that the company usually sees weak July and August, but it is however followed by a strong performance in the month of September. Yet end markets in September this year were weaker than the company had initially expected. In September Cookson Group noticed signs of further weakening in steel production volumes in regions of the US, Brazil and Europe as well.

Anna Domanska
Anna Domanska is an Industry Leaders Magazine author possessing wide-range of knowledge for Business News. She is an avid reader and writer of Business and CEO Magazines and a rigorous follower of Business Leaders.
« Profit of $7.3 billion posted in the third quarter by Samsung
UK Retail Sales Grows as Weather Cools Down »
Leave a Comment
Close