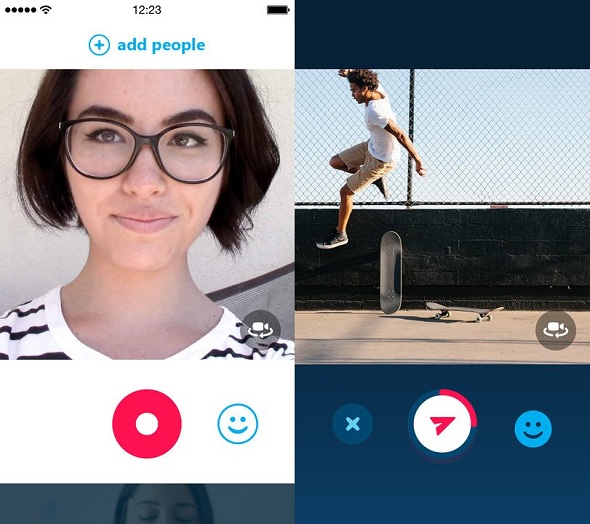 Skype Qik has a Snapchat-like feature that allows users to delete video messages.

Microsoft originally acquired video-streaming service Qik back in 2011 for $150 million. Qik was known for offering a video streaming service like YouTube for mobiles and for providing means for users to share their videos with others through email, SMS, social websites, on the Qik website and more.

The mobile- and video-messaging apps have rapidly increased in the past few years. There’s Snapchat, FaceTime, Facebook Messenger, Skype for mobile and WhatsApp, which was officially acquired by Facebook for $22 billion. Skype Qik is different and stands apart among the slew of competitors because it is solely video based without any text or pictures and its presence on Windows Phone also provides the app-deprived users of Microsoft’s OS access to a brand new video messaging platform.

More than half of new Skype users join with its mobile apps, but Skype wants a better showing in the mobile market. “It’s a desktop service that migrated into mobile, so it’s been challenging,” Pierro Sarra – Skype’s Director of Mobile said.

Skype Qik allows users to create videos up to 42 seconds long to be sent to individual friends or groups. With the new service Microsoft seeks to catch up to rivals in the fast-growing mobile messaging space.

The app has a Snapchat-like feature that allows users to delete video messages. There is a manual option that permits a user to delete a video message and remove it from all recipients’ phones. By default, all videos will be automatically deleted after two weeks and there is no way to save the videos from the app.

As Pierro Sarra points out, the priority for his firm was to develop an app mainly for handsets that Skype users could use to quickly communicate with one another in between lengthier video calls.

“We wanted to make sure we had something in between those scheduled Skype calls that is light, fun, easy to use, and fast. That’s why the name Qik resonated with us,” said Serra. “The point of this is to have video conversations, especially with groups of people.”

Consequently, Skype Qik is not available for desktops or tablets. Skype said updates and new features will be coming in the next few months.