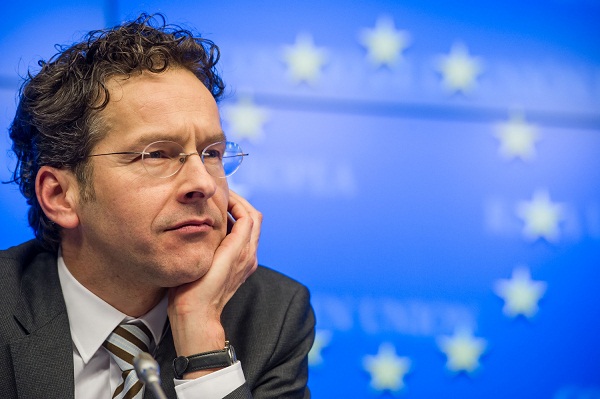 Jeroen Dijsselbloem, the president of the Eurogroup of eurozone finance ministers

After suspense was increasing to almost unimaginable levels, at last Cyprus secured a bailout, thus avoiding bankruptcy. It seems that negotiations were indeed dramatic, but the wraith of another crisis in Europe was headed off at least for the nearest future.

On the 25th of March, it was informed that eurozone finance ministers reached a long-awaited agreement and Cyprus would get the €10 billion bailout. Indeed, the EU financial aid will help Cyprus avoid bankruptcy, but it also means that the little Mediterranean island will stay in the eurozone. At the conference held in Brussels, Jeroen Dijsselbloem, the president of the Eurogroup of eurozone finance ministers, underlined: “We’ve put an end to the uncertainty that has affected Cyprus and the euro area over the past week.”

After days of suspense and demands, Cyprus will get the €10 billion bailout. However, under the terms of the agreement, the government of Cyprus agreed to reduce its troubled banking sector. Accordingly, Cyprus will have to close the island’s second biggest bank, Cyprus Popular Bank PCL. In addition, bank’s holders and clients with deposits larger than €100,000 will have to face staggering losses. It was underlined that all deposits under the sum of €100,000 will be secured.

Furthermore, Cyprus will have to cut its budget and introduce new structural reforms that will help the country to get back on its feet. But the authorities of the small Mediterranean island are also obliged to privatize state assets. The country, which was on the brink of bankruptcy, has to be ready to face many challenges, including deepening recession and increasing rate of unemployment.

Reaching the consensus on the bailout also headed off the possibility of Cyprus leaving the eurozone. This move would have had an unpredictable impact on markets. Indeed, a Cyprus’ exit from the eurozone would have led to a big chaos in the European Union.

The nearing wraith of bankruptcy and the deadline, which was appointed by the European Central Bank, made eurozone finance ministers reach an agreement and prevent bankruptcy.

Certainly, the new bailout deal will help Cyprus avoid bankruptcy, but many analysts note that even with the new agreement, the small Mediterranean island will have to deal with a new crisis. While near-term challenges were more or less solved by the European leaders, authorities should still be much cautious about development of the situation in Cyprus.

The European Union should come up with a more detailed plan about what to do with trouble banking systems as any new failure might have appalling consequences for the whole organization.

Undoubtedly, Cyprus and the Cypriot nation will have to face many new austerity measures. This will not be simple and pleasant, but will minimize the risk of bankruptcy. It has been underlined by Jeroen Dijsselbloem that the new bailout deal is much better than the former agreement as it concentrates on the two major banks of Cyprus and it gives a sense of certainty about the island’s economy. Investors once again might feel more confident about the eurozone.