Sir Green to sell 25% in Topshop to US equity firm 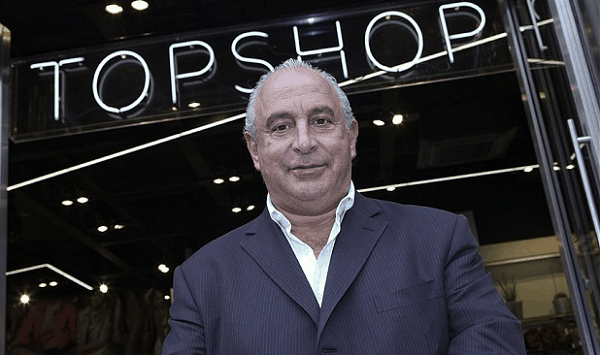 Sir Philip Green is said to be in advanced talks with a US private equity firm, Leonard Green & Partners LP, over the sale of a significant part of his fashion brand Topshop. According to a source familiar with the matter, billionaire retailer is to sell as much as 25 percent stake in his high street brand as he attempts to raise money to expand Topshop and Topman in China and the US.

The sale of the 25 percent stake in Topshop and Topman is not yet finalized, but it is widely expected that it will be announced by the 6th of December. The business is valued at approximately £1 billion, therefore Sir Philip Green may earn as much as £250 million from the sale of the stake in the world-known brand. This hefty sum will certainly help him raise money to expand Topshop and Topman in external markets. Sir Philip Green keeps an eye on the US and China in particular. In addition, the sale of the stake is expected to ensure the continual growth of the company.

Leonard Green & Partners, which is a key investor in US retailer J. Crew,  is said to buy the 25 percent stake in Topshop and Topman.

Billionaire retailer Philip Green attempts to expand overseas as it wants to offset the struggling European market. Topshop has stores in  New York, Chicago and Las Vegas, fourth one in the City of Angels is to launch in 2013.

The business has over 600 franchised outlets in 39 countries all over the world. Certainly the deal, which is aimed at expansion, will turn Topshop into a worldwide trademark.

As it was underlined by sources, under the terms of the agreement Arcadia Group,  the holding company which owns Topshop and Topman as well as other big UK clothing names including Dorothy Perkins, BHS and Miss Selfridge, would ring-fence the remaining stakes in Topshop and Topman from its other branches.

While UK retailers are struggling as consumers are reducing spending due to tough economic conditions, Arcadia Group, which owns Topshop and Topman,  is not in such a bad shape as its rivals. Arcadia Group, which is the owner of approximately 2,500 stores in the UK, saw a 25 percent year-on-year increase in underlying profit of about £167 million in the year ended on the 25th of August. According to data, to date Arcadia Group has bank debt of  almost £309 million and net debt of roughly £445 million.

In addition, Arcadia  Group has decided to develop its online business, which increased at twice the rate of the group’s arch rival ASOS in the last year. The holding company is to introduce so-called “click and collect service”, which will offer its clients a free next-day delivery to stores though.

Topshop is the most profitable brand of Arcadia Group as it has seen unique success on the high street not only in the UK but in other countries as well. Certainly the company’s cooperation with Kate Moss, which is the world-known supermodel, led to the brand’s reputation and popularity.

Neslon admitted that gasoline, travel, food courts, and business centers performed exceptionally well, adding to the overall profits. The retailer hit an all-time high when it came
3 mins ago

Musk has been critical of Twitter’s free speech policies as he believes the social media giant is “the de facto public town square.” When the Elon Musk Twitter deal was annou
3 mins ago