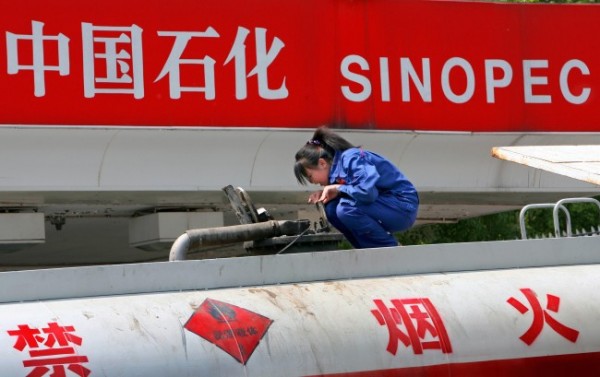 China Petrochemical giant Sinopec and Australian Pacific Liquefied Natural Gas project are in talks for an acquisition deal. Sinopec has settled to increase its stake in Australian Pacific LNG project to 25 percent. This will reduce the ownership of the joint developers, Origin Energy and ConocoPhillips, to 37.5 per cent each.

Sinopec already had made an agreement for 4.3 million metric tons of LNG a year from the joint developers for 20 years from mid-2015, supporting the primary phase of the project. Now, it has agreed to buy a further 3.3 million tonnes a year from 2016 through 2035 for which Sinopec has paid an estimate of $US1 billion. This has cleared the way for an investment decision on the second phase of the $20 billion Queensland state venture. Kansai Electric Power Co, Japanese utility, also agreed recently to acquire 1 million tonnes of gas annually from the project.

Ivor Ries, an analyst at E.L. & C. Baillieu Stockbroking Ltd said, “China, the world’s largest energy consumer, plans to more than double natural gas consumption to cut its reliance on coal and oil. The country needs to increase LNG imports as it develops unconventional sources such as shale gas.”

The deal announced Monday completes the promotion for the second processing train of the APLNG project on Curtis Island near Gladstone in central coastal Queensland. The augmented Chinese investment has also raises the possibility of more and more funding from Chinese banks. The deal will be finalized in the first quarter of 2012 and will let the partners make a final investment decision on the planned second train. Once the two trains are in operation, Sinopec will be taking 7.6 million tonnes of LNG from the project.

Grant King, chief executive of Origin said, “Should this non-binding agreement convert into a binding one, that means the first and second trains for APLNG are fully sold.” Mr King believes that Origin had doubts about starting marketing for a third train before 2013, and this would too be early. Origin is focusing on initially getting the two trains in production.

BG Group, APLNG’s Gladstone CSG competitor,  desires to approve a third LNG train by mid-2012 in order to benefit from the economies of building extra trains one after the other. Joint developers Origin and ConocoPhillips have enhanced gas resources than BG Group as well as the other CSG proponents, like Santos-Petronas-Total and Shell-PetroChina. Therefore it should be positioned well to move swiftly on extra trains if there was a demand and if they had confidence in both their capability of delivering and the economics of producing the required LNG.

It is believed that China will be an amazingly strong and healthy LNG buyer for a very long time. In a conference last week, International Energy Agency consultant said, “China is likely to be using as much gas as the whole of the European Union by 2035.”