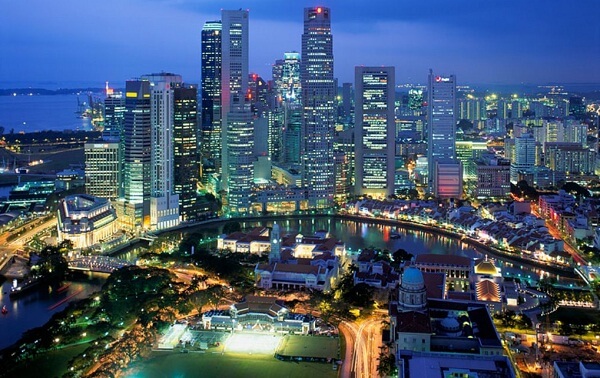 Singapore to see modest growth in 2013

Singapore, the better business destination, informed that its economy expanded in the fourth quarter of 2012 more than initially expected, proving that Asia is slowly recovering. However, it has been underlined that the outlook for the Singapore’s economy was “cautiously positive,” indicating that growth is expected to reach 1 – 3 percent for 2013.

On the 22nd of February, the Trade Ministry informed that Singapore’s gross domestic product (GDP) increased approximately 3.3 percent in the fourth quarter of 2012 from the previous period. In third quarter Singapore, which is also known as the Business Island Paradise, saw its GDP decreased a revised 4.6 percent. Growth of the Singapore’s economy in the final quarter of the year exceeded analysts’ projections of a 2 percent expansion.

As for full-year GDP, data showed that the Singapore’s expansion increased approximately 1.3 percent in 2012, slightly exceeding analysts’ estimates of 1.2 percent growth. The result is visibly down from a 5.2 percent expansion seen in 2011. The Trade Ministry underlined in a statement: “The global macroeconomic conditions have stabilized in recent months against the backdrop of improved financial market conditions. Nevertheless, global economic growth is likely to remain subdued.”

In addition, data indicated that the expansion in the fourth quarter was driven mainly by the services sector as financial services and business services each climbed as much as 3.3 percent on a year-on-year basis. However, Singapore saw its electronics manufacturing contract in the three months ended December 2012. The Singapore’s electronics producers missed chances as they did not take advantage of growing demand for smartphones and these days they are lagging behind manufacturers from South Korea and Taiwan. The manufacturing sector slumped to 0.1 percent growth from a 7.8 percent expansion in 2011, while electronics fell by as much as 11.3 percent in the year. The slump however was offset by a substantial recovery seen in the biomedical segment.

Indeed, Singapore, which is thought to be one of the best places to do business, has been recently struggling with slow growth and high inflation. But recent improved economic conditions in China and the US are believed to lift economies in Asia.

According to a statement by International Enterprise Singapore, the country’s total trade increase approximately 1.1 percent to around £512.2 billion in 2002, compared to 8.0 percent growth recorded a year earlier. Data showed that non-oil domestic exports mounted only 0.5 percent in 2012, down from 2.2 growth in 2011.

Having commented on gross domestic product, the Trade Ministry underlined that the outlook for the country’s economy was still “cautiously positive.” The officials stated that the estimate was based on an assumption that the global economy would not face any radical deterioration.

Also analysts are positive when it comes to the outlook for the Singapore’s economy in 2013 as they believe that the Business Island Paradise will see an improvement. Therefore, they are strongly convinced that Singapore, the best place to do business, will enjoy modest growth in 2013. The country is estimated to see 3 percent growth in 2013.

Anna Domanska
Anna Domanska is an Industry Leaders Magazine author possessing wide-range of knowledge for Business News. She is an avid reader and writer of Business and CEO Magazines and a rigorous follower of Business Leaders.
« BAE Reports Drop in Full Year Earnings
Island of the Richest. Lusting for Temptation Island? »
Leave a Comment
Close