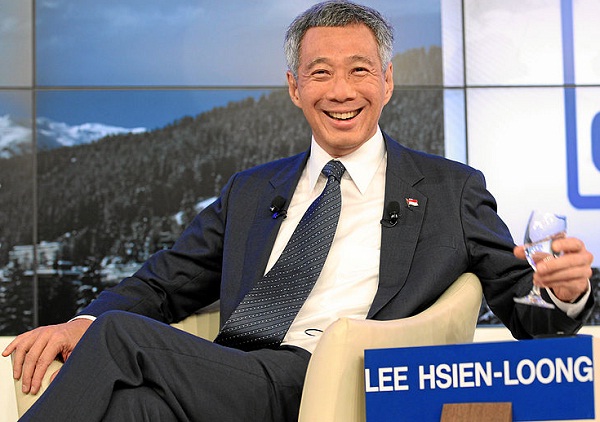 On the 19th of February, leaders of two Southeast Asian countries informed that a new high-speed rail link would be build between Singapore and Kuala Lumpur, the federal capital of Malaysia. The news on the new high-speed rail link between two cities opens a new chapter in the bilateral relations which suffered from several setbacks in the past. The Southeast Asian neighbors certainly will benefit from this new rail link not only on simply human and political levels, but mainly on the economic one. Economic ties between Singapore and Malaysia will be even stronger than these days. The high-speed rail link is expected to deliver a quality change in relations between both countries.

At the joined press conference held on the 19th of February, Singapore’s Prime Minister Lee Hsien Loong and Malaysia’s Prime Minister Najib Razak informed that the two countries decided to launch a high-speed rail link between Kuala Lumpur and the city-state which is one of the best places to do business. According to their plans, the journey will take only 90 minutes between the two points.

But what is more important is the fact that the new high-speed rail link between Singapore and Malaysia will have an immense impact on the way of doing business, not to mention that it will transform the interaction between two nations as well. Singapore’s Prime Minister Lee Hsien Loong reposes hope in the new high-speed rail line and believes that it could play the similar role to the Eurostar link between Paris and London. One of the main aims of the new rail link is to transform Singapore and Malaysia into a kind of unified urban community which will be competitive and attractive for investors.

As it was underlined in a joint statement, “This is a strategic development that will dramatically improve the connectivity between Malaysia and Singapore. It will usher in a new era of strong growth, prosperity and opportunities for both countries.” The agreement on the high-speed rail link between Singapore and Malaysia was inked in a meeting between Prime Minister Lee Hsien Loong and Prime Minister Najib Razak who noted that new customs and immigration procedures would be introduced in 2013. Moreover, both prime ministers believe that the new high-speed rail link will boost and ease relations so that new “bridges” will be built between Singapore’s and Malaysia’s nations.

Two countries aim to complete the rail link in 2020. To complete the project, a joint ministerial committee will be created. The price of the high-speed rail project, which is to be built by private companies, was not disclosed.

Without a doubt, the high-speed rail link between Singapore and Malaysia is groundbreaking and it will change relations between two countries – not to sneeze at. Singapore and Malaysia, which are member states of the Associations of Southeast Asian Nations (ASEAN), hope to improve their competitiveness both in the region and worldwide.

What is more, the high-speed rail link will not only improve the connectivity between two countries, but it will enable common people to have eased relations with its neighbors. Undoubtedly, the project has many advantages on the economic, political and cultural levels. What is more is important is the fact that Singapore, which is one of the best place to do business and the better business destination, and Malaysia will strengthen their individual positions on the economic map, but also their joint strength and competitiveness will be much more significant especially in the region.

Anna Domanska
Anna Domanska is an Industry Leaders Magazine author possessing wide-range of knowledge for Business News. She is an avid reader and writer of Business and CEO Magazines and a rigorous follower of Business Leaders.
« Carlsberg Misses Profit Estimates
China sees FDI drop in January »
Leave a Comment
Close