The aviation industry is facing some tough times during the Pandemic with travel restrictions and most airlines forced to ground their jets due to a drastic fall in passengers. Singapore Airlines has come up with some novel ways to raise revenues, from some behind-the-scenes experiences to turning their two parked Airbus A 380s into restaurants.

Singapore Airlines said all seats on its two pop-up restaurants on A380s were sold within half an hour of reservations opening. The restaurants will be in operation on October 24 and 25.

As added in-flight entertainment, the airlines will showcase its cabin crew uniforms through the years. Also patrons are encouraged to choose traditional attire and a lucky winner will be announced. Diners will be treated to souvenirs too. 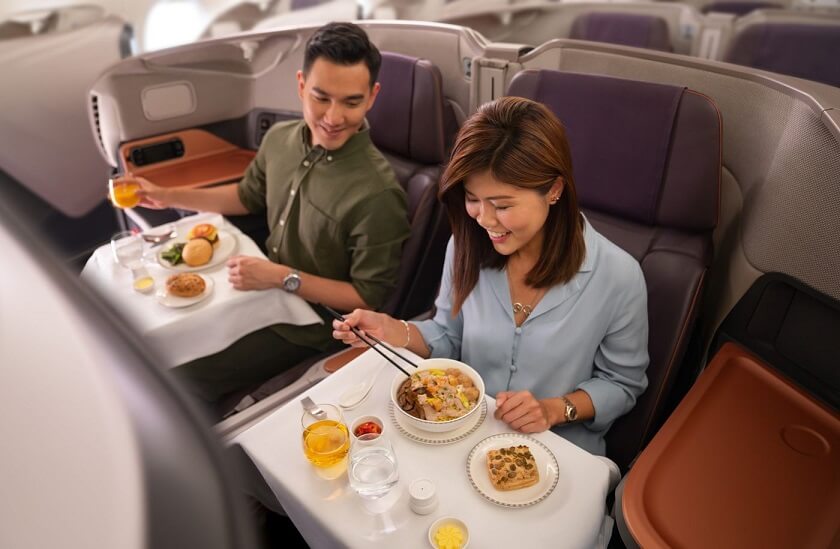 There are some otters attractions planned for November. Customers will get a chance to tour airplanes and meet with pilots. Kids even have the option of dressing up and playing the role of flight attendants.

“With COVID-19 drastically reducing the number of flights operated by the SIA Group, we have created unique activities that would allow us to engage with our fans and customers during this time,” Singapore Airlines Chief Executive Officer Goh Choon Phongsaid in a statement.

The airline, following social distancing rules, is allowing only a certain number of people for the unique dining experience. A meal in the higher-en suite will closet $474, business class dining will cost S$321, and premium economy and the economy will be S$96.30 and S$53.50, respectively. Customers can also pay with frequent-flyer miles.

It plans to open a waitlist from 6 p.m. local time Monday due to strong demand. In normal flying service, the carrier’s A380s can seat as many as 471 people.

The airline is also offering its world-class cuisine for an at-home experience where a private chef will plate up the delicacies at home.

The company will study the waitlist and see how it can “potentially accommodate some of those who are still interested in this unique dining experience,” Vice President of Commercial Operations Lee Lik Hsin said.

Singapore Airlines’ plans of flights to nowhere have been abandoned. A three-hour flight from and to Changi Airport with a scenic tour in the clouds was the offer. But the proposal faced a backlash from environmental campaigners including Singapore-based organization SG Climate Rally.

Talking of its “in-suite experiences”, a spokesperson for the airlines said, “Factors such as the attractiveness of these initiatives to customers and members of the public, environmental implications, and the financial viability, were considered.”

Singapore Airlines suffered a record S$1.12 billion ($827 million) net loss in the quarter through June. It announced that about 20% of its workforce will be laid off.