Hornsea, home to Britain’s largest offshore wind farm, may lose its claim to fame soon. A southwestern coastal town of Sinan in South Korea is a step closer to wearing this crown as the country completes its project to build under President Moon Jae-in’s Green New Deal. South Korea will invest $43.2 billion to build the world’s largest wind power plant in Sinan by 2030. The Sinan offshore wind farm is a part of efforts to create an environmentally-friendly recovery from the COVID-19 pandemic. 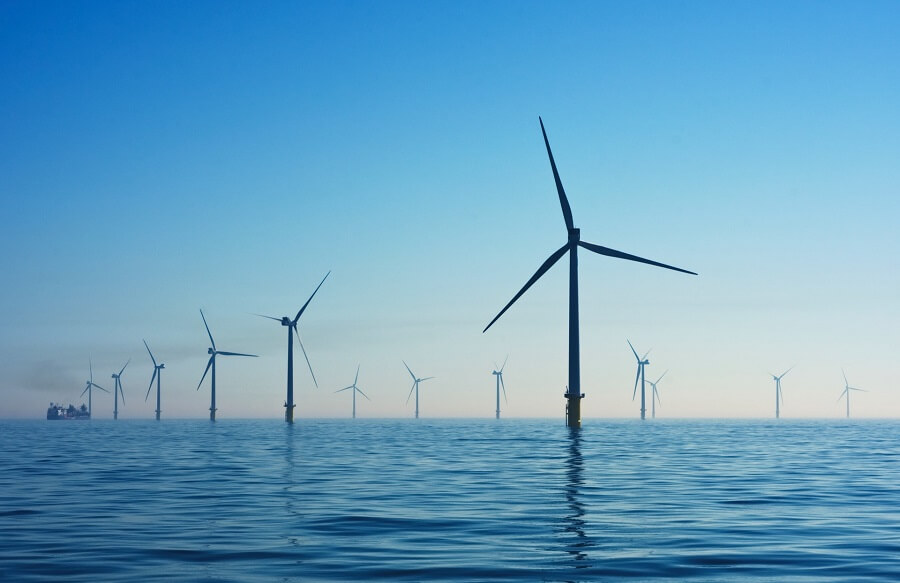 The Sinan offshore wind farm will have a maximum capacity of 8.2 gigawatts.

President Moon Jae-in’s Green New Deal policy, also known as Korean New Deal or “K-New Deal” was launched last year to reduce reliance on fossil fuels in Asia’s fourth-largest economy and make it carbon neutral by 2050. The $135 billion investment in green and digital technology will go towards an expansion of solar panels and wind turbines to 42.7 gigawatts in 2025, up from 12.7 gigawatts last year.

Moon attended a signing ceremony in the sleepy coastal town of Sinan for the offshore wind power plant. “With this project, we are accelerating the eco-friendly energy transition and moving more vigorously toward carbon neutrality,” Moon said at the event.

The Sinan plant in South Korea, which has set its sails as the world’s largest offshore wind farm, will have a maximum capacity of 8.2 gigawatts.

The Sinan offshore wind farm would take more than five years to begin construction, although the South Korean government is trying to ramp up the process. It would provide up to 5,600 jobs by 2025.

The estimated 8.2 Ggigawatts amount to the energy produced by six nuclear reactors, or the effects of planting 71 million pine trees.

Last year, South Korea announced its target of becoming one of the world’s top five offshore wind energy powerhouses by 2030. The nation also announced plans to cut its existing nuclear power plants – currently Korea’s only low-carbon energy source – from 24 to 27 by 2034, reducing the sector’s output by half.