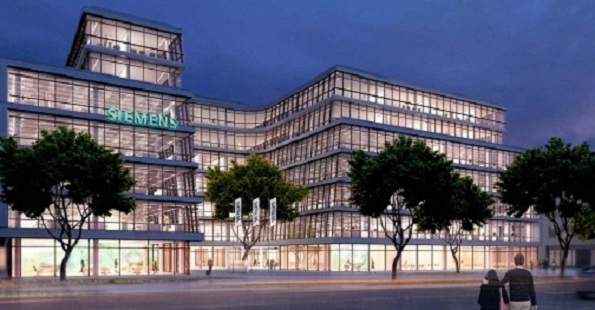 Europe’s largest engineering conglomerate, Siemens has agreed to acquire Houston-based Dresser-Rand in a $7.6bn (£4.6bn) transaction which will help the German electronics giant to fire-up its oil and gas business in North America. The American firm manufactures oilfield supplies and equipments, and under the arrangement, it will turn into “the platform for oil and gas equipment solutions within Siemens.”

Siemens said its $83 per share offer has been with one accord supported by Dresser-Rand’s board of directors. The acquisition is still awaiting regulatory approval in Europe and the US as well as from Dresser-Rand shareholders. Both the companies are hopeful that the transaction will finish by next summer.

The agreement provides Siemens access to the US oil industry, especially during a time when there has been a drilling boom for oil in North America prompting higher interest for energy services and equipment.

The German electronics conglomerate “plans to operate Dresser-Rand as the company’s oil and gas business retaining the Dresser-Rand brand name and its executive leadership team”, an announcement issued by Dresser-Rand says.

“This is a transaction that should create value for clients, as well as for both sets of shareholders, that would not have been achieved had Dresser-Rand not become part of the Siemens group,” Vincent Volpe Jr., Dresser-Rand’s chief executive officer, said in the joint statement.

The deal with Dresser-Rand allows Siemens to predominate against its previous CEO Peter Loescher, who is currently chairman of Sulzer. Kaeser became CEO in August 2013 after predecessor Loescher cut profit targets five times in his six-year term.

“In addition, Siemens intends to maintain a significant presence in Houston, which will be the headquarters location of the oil and gas business of Siemens.”

Likewise in the announcement, Lisa Davis, a member of the Managing Board of Siemens explained: “Our aim is to become the leading rotating equipment and process system integrator for the oil and gas industry. Dresser-Rand has strong presence in oil and gas, a reputation for technology leadership and innovation, and a talented and experienced leadership team. Our intention is to leverage these strengths by maintaining the existing company and brand name and selectively moving complementary products and services from the existing Siemens portfolio into Dresser-Rand, enabling us to offer a much broader range of products, services and solutions to meet our customers’ needs.”

Dresser-Rand currently positions among the world’s biggest suppliers of rotating equipment solutions for the worldwide oil, gas, petrochemical and process industries. The Houston-based firm has manufacturing units in France, United Kingdom, Spain, India and Brazil, in addition to the US.

Siemens is a worldwide pioneer in electronics and electrical engineering, with operations in the fields of industry, energy and healthcare.

Previously, General Electric Co. has been in acquisition talks with Dresser-Rand was considering whether to make an offer, as reported by the Financial Times on Sept. 19., referring to anonymous sources familiar with the matter.

Anna Domanska
Anna Domanska is an Industry Leaders Magazine author possessing wide-range of knowledge for Business News. She is an avid reader and writer of Business and CEO Magazines and a rigorous follower of Business Leaders.
« California Issues 29 Permits for Self-Driving Cars on its Roads
Popular Crowdfunding Destination Kickstarter Updates Terms & Conditions »
Leave a Comment
Close