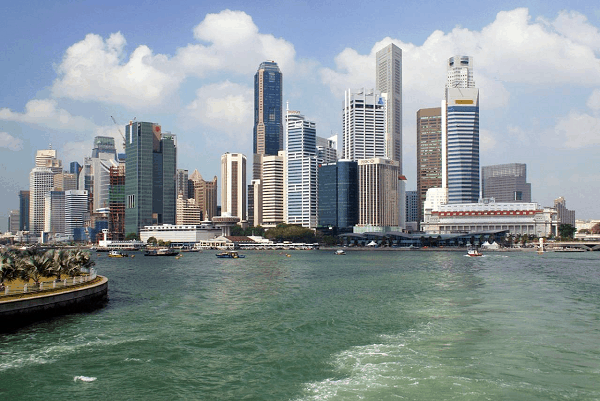 Singapore’s non-oil domestic exports dropped down a lot more than expected in the month of August thereby increasing the prospect of a Singapore recession to a large extent. The plunging of the European Union exports left the city state reeling in the midst of a dwindling worldwide economy.

The economic state of Singapore:

The south eastern city state of Asia, that is mainly trade dependent, stated on Monday that Singapore’s non-oil domestic exports had dropped by nearly 10.6 percent from that of the previous year. The export was hurt really badly by a drop of 10.4 percent in electronics along with a steep fall of as much as 28.7 percent in its shipments to EU. When viewed on a month to month basis that is adjusted seasonally the non-oil domestic exports of Singapore shrank nearly 9.1 percent after a mere contraction of 3.6 percent in the month of July. All these factors have cumulatively led to a Singapore trade slowdown in the recent times. After undergoing seasonal adjustments, the export of electronics has contracted by about 14.8 percent to the figure achieved in the month of July. According to the statement by the trade agency named International Enterprises Singapore, a fall of 7.1 percent has taken place in Singapore’s non-oil domestic exports. The statement was made in a different mail by the agency.

According to Selena Ling, the head of treasury research in Oversea-Chinese Banking Corp., their chances are not very minute in spite of the fact that their baseline case is not for contraction on a quarter on quarter basis. Among all the 13 economists who were polled by Reuters, she was the person whose estimates reached the closest. In the results of a poll conducted by Reuters, the fall of Singapore’s non-oil domestic exports was estimated to about 4.0% year by year and 1.8% month by month. The economy of Singapore shrank much less than had been anticipated in the year’s second quarter as a result of a surge in the production of pharmaceuticals in the month of June. The data was revealed in the GDP or gross domestic product that was shown in the last month. In spite being faced with a Singapore recession, economists are positive regarding the fact that the gross domestic product growth of the city state will see a rise of 2.4 percent in this year.

According to the economists, Singapore trade slowdown for the month of August has greatly reinforced the perception that the MAS or the Monetary Authority of Singapore will ease its monetary policies in the month of October. The monetary policy in Singapore is mostly set by letting its dollar to either rise or fall as against an undisclosed number of currencies. According to its last statement of policy in the month of April, Monetary Authority of Singapore will in most likelihood allow a slow and modest rise of the dollar in Singapore. But the MAS will definitely follow a level of cautiousness while easing its policies mainly due to the risk of appreciation of assets that has been raised by the quantitative easing policy of the U.S. Federal Reserve. Whatever the policies, the economists are very hopeful that this period of Singapore recession will be over sooner rather than later.