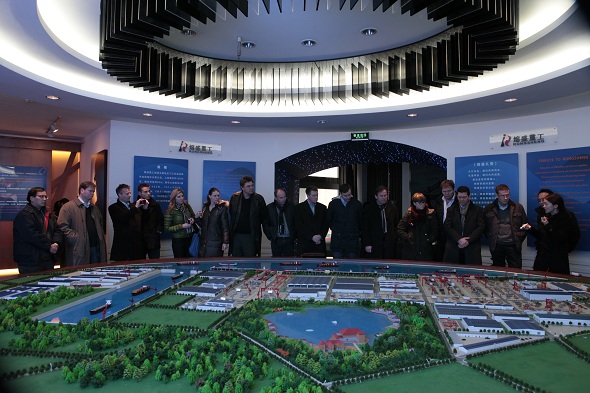 The Hong Kong-listed Jiangsu-based company revealed in a statement that it has, through a subsidiary, bought a 60 percent stake in New Continental Oil and Gas Co. Ltd for HK $2.184 billion ($281.82 million).

Rongsheng hopes that its move into the energy sector would help it “withstand risks and to alleviate the periodic volatility of the shipbuilding business”. The move comes one week before the shipbuilding company is scheduled to announce its earnings report from its core shipbuilding business that is currently witnessing major losses due to global shipping slump. In 2013, it has ventured into building drilling rigs, which is mainly used in oil exploration.

“Given the relatively adverse market conditions for shipbuilding industry for the time being, the acquisition can assist the group in diversifying operations and broadening its source of revenue, and promoting the group’s transformation to a comprehensive heavy industry player in the energy industry,” Rongsheng said.

Rongsheng said it will finance the acquisition via issue of 1.4 billion shares at HK $1.56 per share, at a premium of 12.23 percent over Thursday’s closing share price of HK $1.39 per share. According to the statement, the issue will reduce the stake owned by its former chairman Zhang Zhirong from 28.87 percent to 24.12 percent. The newly issued shares will now stand for Rongsheng’s current share capital of 19.7 percent will be designated to existing shareholders.

Last month, the Shanghai-based company issued a profit warning along with a further losses projection which arises from its slumping shipbuilding business where there is a massive lack of new orders and revision and cancellation of existing orders.

The acquisition entails four oilfields next to Fergana Valley of Kyrgyzstan including oilfield zones: Maili-Su IV, Eastern Izbaskent, Izbaskent, Changyrtash and Chigirchik. According to a survey conducted by Research Institute of Petroleum Exploration & Development of Sinopec Henan Oilfield Company, these zones contain a rich geological reserve amounting to 276 million tonnes of crude, out of which 97.13 million tonnes are exploitable.

Under the terms of the deal, New Continental Oil and Gas has been granted the rights to work together with the national oil company of Kyrgyzstan in the oil and gas exploration operations in the five oilfield zones.

“The company expects to realize a dramatic increase of oil output through upgrade and consolidation of the existing exploration technology and thereby to generate steady operating cash flows,” Rongsheng said.