Almost a week after a ship blocked the Suez Canal causing a traffic jam in one of the most import maritime lanes in the world, the canal is back in business again.

The vessel, which is nearly a quarter of a mile long, caused nearly more than 100 ships on both ends to come to a standstill, causing immense concern about supply delays and cost escalations.

Oil prices jumped about 6% within a day of the news that the incident could tie up crude shipments for maybe weeks.

The ship, the quarter-mile-long Ever Given, was ultimately set free at around 3 p.m., Monday, according to shipping officials. Within hours, other ships awaiting transit through the 120-mile-long waterway that connects the Mediterranean and Red Seas, fired up their engines and began moving again after an almost week-long traffic jam. 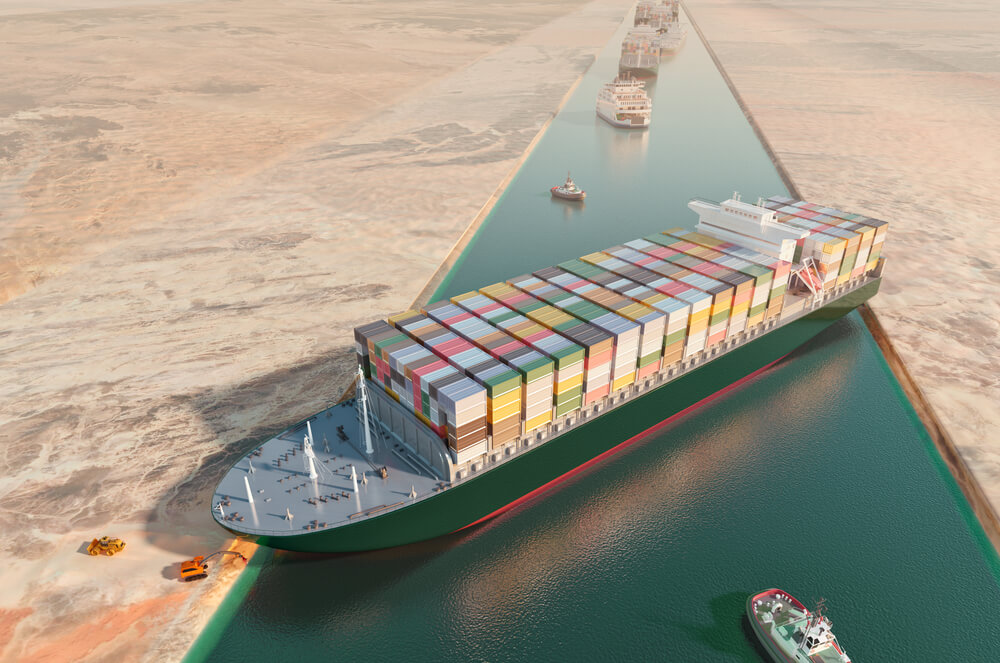 An estimated 5 percent of globally traded crude oil and 10 percent of refined petroleum products passed through the canal before the pandemic, says David Fyfe, chief economist at Argus Media, a market research firm.

The salvage team was racing against time as each day of blockage put global supply chains another day closer to a crisis. Each day the stalemate continues holds up goods worth $9.6 billion, according to a Bloomberg analysis.

Vessels packed with the world’s goods — including cars, oil, livestock and laptops — usually flow through the canal with ease, supplying much of the globe as they traverse the quickest path from Asia and the Middle East to Europe and the East Coast of the United States. The pandemic year of 2020 saw oil reaching historic lows with OPEC countries reluctantly agreeing to official curbs on outputs. On Tuesday, following the grounding, both benchmarks touched their lowest since February.

“The Suez Canal is the choke point,” said Capt. John Konrad, of the shipping news website gCaptain. He added that 90 percent of the world’s goods are transported on ships. It “could not happen in a worse place,” he said, “and the timing’s pretty bad, too.”

The vessels caught in the jam included oil tankers carrying about one-tenth of a day’s total global oil consumption, according to Kpler, a market research firm. The canal carries roughly 10 percent of worldwide shipping traffic.

The Suez Canal is an important causeway for oil from the Persian Gulf region to Europe and North America. An estimated 5 percent of globally traded crude oil and 10 percent of refined petroleum products passed through the canal before the pandemic, says David Fyfe, chief economist at Argus Media, a market research firm.

“It’s one of those wild cards that is unique to the crude oil industry,” said Bob Yawger of Mizuho in New York. “Once you think you have everything nailed down, I can guarantee one thing: You don’t.”

OPEC and its allies, known as OPEC+, meet on April 1 to consider whether to unwind more of their output cuts. The ship blocking the pathway due to running aground is bad news for all concerned, but for the oil suppliers, it is almost like buying time to give the market some breathing time.

But Fyfe said that this blockade might not have any lasting effect on the oil prices as the pandemic retains its hold on the low demand for oil.

The ship Ever Given was heading from China to the port of Rotterdam in the Netherlands. The reason for it taking a wrong turn was due to poor visibility and high winds caused by a sandstorm, according to George Safwat, a spokesman for the Suez Canal Authority. The storm caused an “inability to direct the ship,” he said in a statement.

Anna Domanska
Anna Domanska is an Industry Leaders Magazine author possessing wide-range of knowledge for Business News. She is an avid reader and writer of Business and CEO Magazines and a rigorous follower of Business Leaders.
« GameStop undergoes makeover as 8 board members leave
Deliveroo to list on LSE with an IPO of $10.46 billions »
Leave a Comment
Close