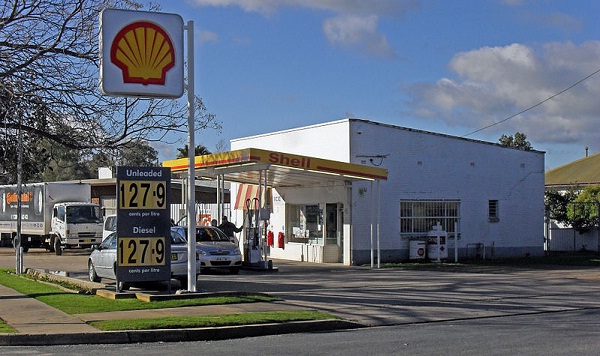 On the 31st of January, Royal Dutch Shell PLC informed that it saw a 13 percent jump in profit for the fourth quarter. As it was underlined by the Europe’s biggest energy company, increased costs in both exploration and output were balanced by high refining margins. However the profit for the final fiscal quarter did not meet with analysts’ estimates due to weaker prices in North America.

According to the Anglo-Dutch oil company, its final quarter net profit amounted to approximately $6.67 billion, compared to about $6.50 billion in the last three months a year earlier. As it was underlined by Royal Dutch Shell PLC, excluding one-time items and inventory changes, profit was roughly $5.6 billion, missing analysts’ projections of $6.2 billion.

Royal Dutch Shell PLC also noted that its production division’s earnings amounted to about $4.38 billion, compared to slightly over $5 billion a year earlier. The Europe’s biggest energy company pinned the blame for the decrease in earnings at its production division on higher cost and increased exploration expenses as well. However, Royal Dutch Shell PLC saw its production rise about 3.3 percent to slightly  over 3.4 million barrels of oil and natural gas equivalents a day. Analysts note that the increase was mainly driven by projects in Qatar and Australia as they offset visible decreases at other fields. According to data released by Royal Dutch Shell PLC, the company’s refining arm witnessed a profit of approximately $1.2 billion which is a substantial improvement compared to a loss of nearly $280 million.

Certainly, Peter Voser, chief executive officer at Royal Dutch Shell PLC, will face some challenges as higher costs of getting oil and gas are clearly offsetting increases from growing output and high Brent crude prices as well. Therefore, he has decided to control stakeholders by raising the dividend in the first fiscal quarter. The dividends are to be increased by roughly 4.7 percent. Shell CEO Peter Voser underlined: “Shell is on track for plans we set out in early 2012, despite headwinds last year.”

In addition, Shell CEO Peter Voser has also informed that the company will increase output to about 4 million barrels of oil equivalent per day in 2017 despite the gloomy projections for some parts of the world. Moreover, the company underlined that it would continue to invest despite new and potential obstacles. Royal Dutch Shell PLC is strongly convinced that it will be able to take advantage of many opportunities for long-term growth.

Just on the 30th of January,  a Dutch court ruled that Royal Dutch Shell PLC would have to compensate a Nigerian citizen for oil pollution as it found the energy company liable in one out of five claims filed by Nigerian farmers backed by environmental groups. The company, however, was not found accountable in four other claims related to damages caused by oil spills.

The legal dispute between Nigerian farmers and Royal Dutch Shell PLC was widely observed and commented as it started the debate on the global environment responsibility. The company announced that it should consider whether to appeal. However the Dutch court highlighted that neither company’s poor maintenance nor malpractice was the main cause of the oil spills. The court noted that the oil spills were caused by acts of sabotage from unknown parties. The court is due to decide about the size of damages which will be paid by the energy company.

According to data analyzed by GOBankingRates, head football coaches, closely followed by basketball coaches, easily rack up seven-figure salaries in the US.
7 hours ago