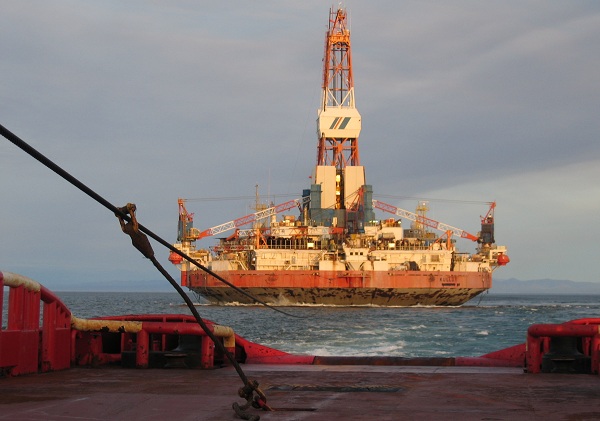 Royal Dutch Shell has been given an approval by the U.S. government to begin limited oil drilling in Alaska’s Chukchi Sea. Shell had been waiting long for the approval, which kept it from tapping Arctic oil. Interior Secretary Ken Salazar highlighted that the U.S. government allowed Shell to start only limited oil drilling in Alaska. Shell has informed that Shell’s Noble Discoverer drill ship and vessel as well should start exploring the Arctic oil very soon.

Ken Salazar, secretary at The U.S. Interior Department, has informed that Shell obtained the approval and it might start preparing work in the region of Chukchi, Alaska. Shell, however, cannot drill to areas containing Arctic oil until the government certifies its oil spill containment system. Without the oil spill containment system Shell is not allowed to drill for Arctic oil.  Ken Salazar said: “At this point we don’t know what exactly is going to happen with Shell and whether they are going to be able to complete a well in the Arctic this year.”

However obtaining the approval means that Shell can, at last, start some preparatory work until the oil spill containment system is certified. According to analysts, the recent approval shows that the government wants to be flexible, but at the same time does not want to sacrifice safety. The approval of Shell’s preparatory work allow the company to research and get closer not only to Arctic oil, but also the energy potential of Arctic in general.

The approval to begin oil drilling preparations in Alaska brings the state closer to offshore oil production. The approval was given in time as Shell has to start oil drilling preparations before the ice returns and prevents Shell from oil drilling in Alaska. Shell will probably drill one or two wells, although it had initially planned to drill 5 or even 6 wells in the Chukchi and Beaufort seas this year. However before Shell drills into oil-bearing reservoirs, the company has to have ready certified spill containment vessel. According to Shell’s officials, its containment vessel might be certified in four to five days. Yet it will take several more days to get the containment vessel to the oil drilling area which is located 70 miles off the coastal Inuit town of Wainwright.

The strong opposition to Shell’s oil drilling in Alaska

Environmental organization, which had fought the sale of leases in the Chukchi and other exploration plans in several places, are convinced that the U.S. Interior Department acted too hastily regarding the approval of limited oil drilling in Alaska. According to those organizations, the limitation is not strict enough and because of that oil drilling will be allowed to take place in “non-hydrocarbon” zones before the Arctic Challenger’s arrival. Cindy Shogan, executive director of the Alaska Wilderness League in Washington, D.C., is convinced that equipment on the Arctic Challenger could be critical in case of an accident. Accidents are known to happen in non-hydrocarbon drilling.

Even though there are some opposite voices being heard, it cannot be neglected that Shell will be performing one of the first Arctic offshore drilling operations. Its industry contenders such as BP and ExxonMobil also hope for getting approval and starting the oil drill. Offshore oil production is to be started.