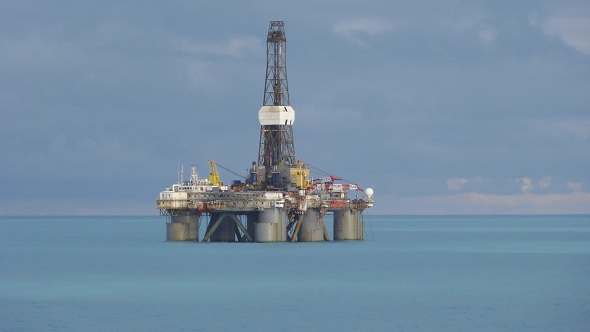 European oil giant Royal Dutch Shell PLC took its first step toward returning to explore in the Arctic. Shell spokesperson Megan Baldino said that on Thursday morning the oil and gas company filed a revised plan to the Bureau of Ocean Energy Management in Anchorage to explore the Chukchi Sea (BOEM, Bureau of Ocean Energy Management is an agency within the United States Department of the Interior that controls offshore drilling rights).

“If we move forward in 2015, we are planning for a two-rig program in the Chukchi Sea only. We will be utilizing the Noble Discoverer and the Transocean Polar Pioneer,” stated Baldino.

Shell wants to complete exploration in six wells within the next few years and hence is keen to start the project by taking advantage of the short ice-free summer. However, the company hasn’t made any plans, on whether Shell will be returning next summer or not. The plan submitted to the agency also includes environmental and safety aspects.

Baldino says that “It’s really important to point out that we have not made a formal decision. But we are undertaking activities including submitting this plan, in order to keep the option of a 2015 season.”

In 2014, Shell attempted to take up an expedition to the Arctic in 2014, however, had to abandon it after an appeals court threw suspicion over the licitness of shell’s leases in the Arctic region. The suspicion over legality case still hasn’t been resolved yet, says John Callahan, public affairs office for BOEM.

Callahan stated that regulators are yet provide a statement on environmental impact for the 2008 Chukchi Sea sale.

Callahan: “At that point, assuming that this supplemental EIS is accepted, then the Secretary of the Interior will make a decision in March of 2015 as to whether to uphold the sale and proceed, or cancel the sale.” Until the decision is made, BOEM will only be able to conduct an informal review on Shell’s revised exploration scheme.

Callahan: “We’ll call Shell and have meetings, and say, ‘We need more information on X,’ or, ‘It doesn’t look like Section Y is complete.’ That kind of thing.”

The BOEM has made it clear that it shall not take comments on Shell’s exploration scheme or post it on its website until the leases are set on a solid ground. Comments from environmental group, however, have already started pouring in.

On Thursday afternoon, when Shell filed for a revised plan, Oceana vice president Susan Murray issued a statement that, “Shell’s no more prepared to conduct offshore oil and gas exploration activity in Alaska’s remote Arctic Ocean than it was in 2012”.

Murray further said that, until Shell and other oil companies prove that they’re completely ready to undertake the venture, the U.S. government should put a hold on Arctic exploration.