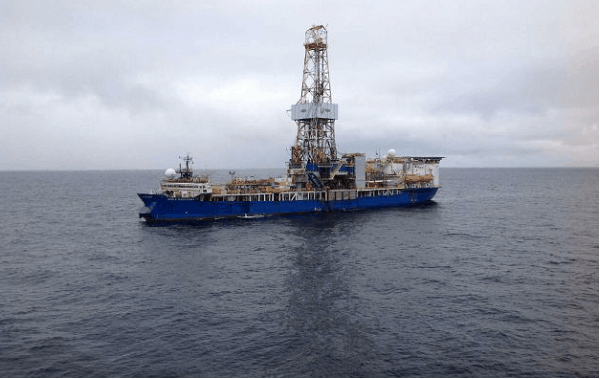 Royal Dutch Shell started oil drilling in the Chukchi Sea, just 70 miles off the coast of northwest Alaska. The company, however, has begun just preparatory oil drilling for the well in the Arctic after waiting 4 long years since it paid roughly $2.8 billion to the federal government for petroleum leases in the Chukchi Sea. Shell’s officials hope that the preliminary work in Alaska will lead to a bonanza which will help expand company’s businesses as well as extend Alaska’s oil economy.

Royal Dutch Shell has spent almost six years and roughly $4.5 billion trying to launch the U.S. first offshore oil production in Arctic. Company’s officials announced that Shell’s Noble Discover anchored in Alaska’s North Sloped and began drilling the exploration well. This preliminary work is said to be the first step toward drilling a pilot hole which is aimed to go approximately 1,300 feet deep. Shell had obtained the U.S. permission to start the oil drilling in the Chukchi Sea in the end of August.

Curtis Smith, spokesman for Shell Alaska, informed the drilling had begun at 4.30 a.m. According to Pete Slaiby, vice president of Shell Alaska, the Shell’s preliminary work should be considered historic. He said: “This is an exciting time for Alaska and for Shell. We look forward to continued drilling progress throughout the next several weeks and to adding another chapter to Alaska’s esteemed oil and gas history.”

Shell, however, is not allowed to plumb deeper into the actual sphere of hydrocarbon deposits until its oil spill containment barge is completed and on site as well. According to analysts, that could happen within the next few weeks, or even not until the next year. Yet company’s officials are strongly convinced that even Shell’s preliminary well preparation means that the project will be completed during the 2013 drilling season.

Royal Dutch Shell was given the permission to drill by the Barack Obama administration on 30th of August. The approval, however, had some limitations regarding, inter alia, work related to the installation of the blowout preventer.

Doubts regarding the Shell oil drilling project in Arctic

New opportunities for energy exploration in Alaska have been created by the shrinking of the region’s sea ice. Yet many environmental groups argue that Royal Dutch Shell failed to prove it could handle a spill in the inhospitable region of Arctic.  Therefore the Shell’s oil drilling in Alaska is strongly opposed by ecologists, saying that a spill of the magnitude of the Deepwater Horizon disaster would be disastrous in the region endangering at the same time bowhead whales, polar bear and walrus.

Shell’s officials believe that this scenario, however, is highly unlikely to happen. According to data, Royal Dutch Shell will drill in about 130 feet deep compared to 5000 at the site of the Deepwater Horizon disaster, and wellhead pressure is expected to be far less as well. In addition, company’s officials have highlighted that Shell’s vessels could quickly respond to a spill. Pete Slaiby, moreover, underlined that the Shell oil drilling project would create 1,800 jobs this year. According to him, it those positions would be crucial for Alaska’s economy, including Alaska’s oil economy and its people.

The big tech cloud-based software companies such as Zoom, Snowflake, Asana, Airbnb, Amazon, Salesforce and Palantir have all witnessed a rise in stock prices as work from home and
2 hours ago