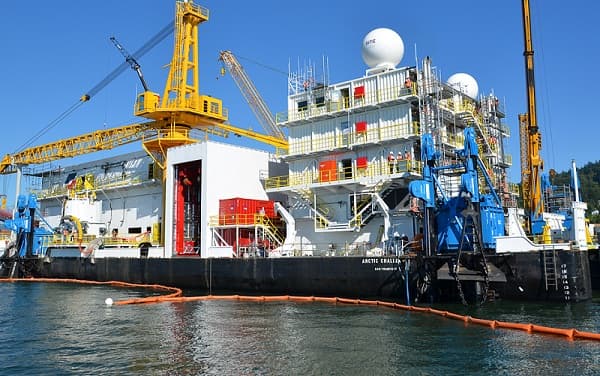 Royal Dutch Shell PLC announced on the 17th of September that it was forced to delay its oil drilling in Alaska’s Arctic after a key oil-containment system had been damaged during a test. As it was stated in the statement, Shell Oil Co. would do everything into its power to go back to its oil drilling plan in Alaska next year.

Shell Oil Co., however, will perform its preliminary work this year on some wells in the region, yet the company, however, will not be able to drill for oil until summer 2013.  The information on the delay of Shell’s oil drilling plans in Alaska is certainly a setback for the company as it has already spent roughly $4.5 billion in a bid to open one of last great oil frontiers which Alaska’s Arctic is said to be.

Shell’s attempts to start drilling in Alaska had been hampered many times by different kind of delays, including regulatory issues, mishaps and persistent sea ice. Yet company’s officials had been sure that after obtaining the governmental approval nothing could stop the Shell’s oil drilling in Arctic except from the harsh weather which sets in between September and October. However, because of unforeseen obstacles Shell has to focus mainly on drilling the initial stages of the exploration wells, reaching a limited depth. As it was stated by Shell Oil Co., the company would concentrate on drilling as many “top holes” as possible before water freezes.

According to analysts with Tudor, Pickering, Holt & Co., the Shell’s delay in oil drilling is “disappointing news”.  The company’s pro-drilling in Alaska campaign was said to have been the major catalyst for the Shell’s stock in 2012.  Shell’s American depositary shares grew by 0.4 percent at $72.83 on 17th of September in New York.

The Alaska’s Arctic is said to be one of the great untapped frontiers of offshore drilling in the U.S. According to the energy experts’ analysis, the Arctic seas could generate up to a million barrels of oil per day. Shell Oil Co. was encouraged to start oil drilling in Alaska by the Barack Obama’s administration as the U.S. authorities saw in it a chance of expanding domestic oil production. Despite the recent accident the Obama’s administration still backs the Shell’s project.

The latest setback, which was faced by the Shell Oil Co., heartened ecologists who had been against Shell’s oil drilling plans in Alaska. It was suggested that the company was unable to control its containment equipment even in calm water under predictable test conditions, sic! In addition, ecologists have been convinced that Shell is not able to stop a sudden oil leak in Arctic waters. Yet Shell was given governmental approvals and started the preliminary drilling in Alaska.

Shell Oil Co. is not the only one to face setbacks and difficulties in Arctic conditions while drilling. Shell’s competitor, BP Plc, has indefinitely suspended a $1.5 billion offshore oil project also located in Alaska due to cots and technical setbacks.