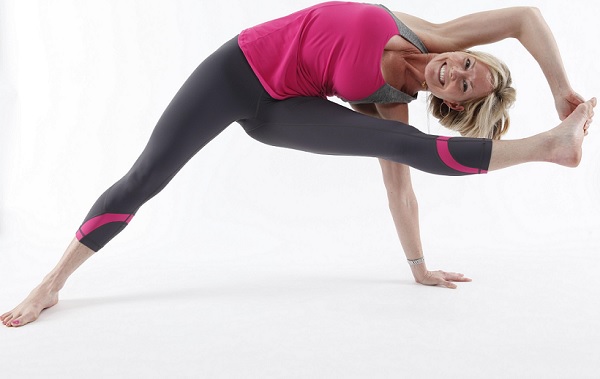 Canadian sportswear retailer Lululemon Athletica – CEO, Christine Day is stepping down after the recent problems with a line of yoga pants that were inconsiderately see through.

The Vancouver based apparel company was founded by entrepreneur Chip Wilson in 1998 has customers for its pricey yoga and running gear who involve themselves in the company‘s free yoga classes and other events. But the company suffered a setback in March and had to apparently recall 17 percent of its popular Luon black yoga pants after reports that the pants were too revealing. It was an image hit which also hindered the first quarter earnings.

Day took over as the CEO in January 2008 after a long run at Starbucks, where she held a post at their Asia Pacific group. In a statement, Day said that her leaving was a personal decision and ‘It is the right time to bring in a new CEO’. She also said ‘Plans have been laid for the next five years and a vision set for the next ten’. The company said Day would step down from her role after a successor is named.

Lululemon stock was down about 17 percent to $68.95 after hours trading following Day’s announcement resulting in a loss of over $500 million for Chip Wilson.  Sam poser equity analyst at Sterne Agee and Leach ,downgraded Lululemon to neutral from buy and cut its 12 month price target to $75 from $90.Lululemon is trading at a very high multiple  with the stock trading at 37 times current earnings  compared to the S & P 500 Retailing Index which trades 25 times earnings.

Lululemon also plans to delist its stock from the Toronto Stock Exchange on June 24th because the low trading volume there didn’t vindicate the administrative expenses related to its listing and its stock on the NASDAQ exchange. Shares will continue to trade on NASDAQ.

Day had guided the company through a period of explosive growth and this surprise exit is seen as a blow to the company by analysts. Of late even without the see through mishap of the yoga pants recall, Lululemon was facing competition from companies like Gap’s Athleta brand. Even some of Lululemon’s loyal shoppers have accused Day of spoiling their favourite brand. Now that Day has decided to step down Lululemon finds itself in a dilemma as it searches for a new CEO. The new CEO’S focus will be on product quality issues and finding a strategy to improve and increase product offerings. The recent developments may weigh on the stock in the near term, though it’s a wait and watch situation.