Sharp struggles to survive as it posts the net loss forecast of $5.6bn 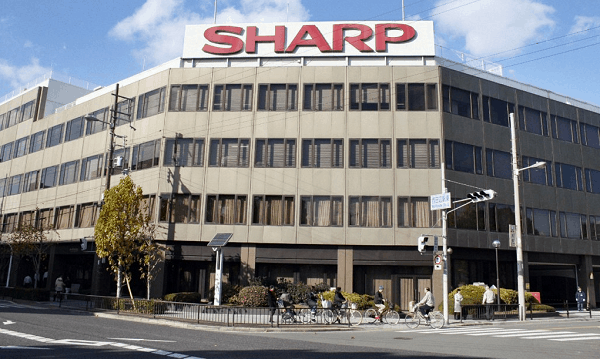 On the 1st of November, Sharp Corp. posted its revised forecast of record losses of approximately $5.6 billion. The revised full-year net loss forecast shows that Japan’s electronics maker is struggling. The company admitted that it would not be able to survive on its own; therefore it was considering cooperation with other companies.

In a statement released by Sharp Corp., the company said that it might not carry on. The company noted: “Our corporate group has booked massive second-quarter net and operating losses … and now see a serious negative operating cash flow. This raises serious doubts about [our ability] to continue as a going concern.”

Sharp Corp., which is the leading producer of liquid crystal displays in Japan, secured fresh loans from bank as it promised to downsize the workforce, sell its assets including overseas TV assembly plants and return to profit as well. In addition, the Japan’s electronics maker mortgaged the majority of its offices and factories located in Japan, also the factory which produces displays for Apple Inc.’s devices such as iPhone and iPad.

Certainly Sharp Corp. is struggling with the same problems as its Japan’s competitors, Sony Corp. and Panasonic Corp. TV market, which once was dominated by Japan’s electronics makers, is currently a battle field where Japanese, South Korean and Taiwanese companies fight against each other.

In addition, Japan’s electronics makers such as Sharp Corp. and Sony Corp., etc. are not able to gain popularity in the global smartphone market as their main rivals Apple Inc. and Samsung Electronics Co. have dominated the field.

The European debt crisis, the slowdown in China and the last year’s quake-tsunami only worsened the company’s situation.  The recent territorial dispute between Japan and China also affected Japan’s electronics makers.

Shares of Sharp Corp. have dropped approximately 78 percent this year, at the same the benchmark Nikkei average has increased as much as 5 percent.

The future of Sharp Corp.

Nevertheless, Sharp Corp. is looking for alliances, which would allow the company to survive. The Japan’s electronics maker has been in talks with Taiwanese firm Hon Hai Precision Industry, which is the manufacturer of everything from Apple Inc.’s iPhones to Sony PlayStation. Sharp Corp. hopes that Hon Hai Precision Industry will become the company’s biggest shareholder. Even though the negotiations have been stuck in limbo, the Japan’s electronics maker expects the deal before a March deadline.