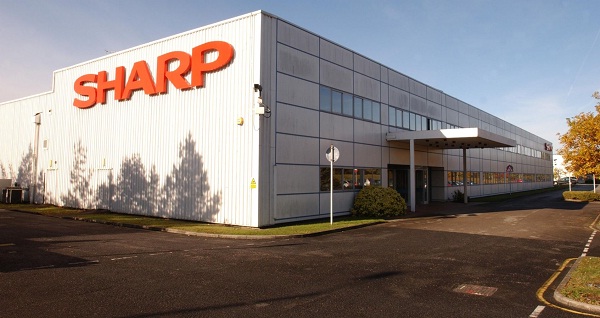 Sharp Corp., well known Japan’s electronics maker, informed that a second investment from US chipmaker Qualcomm Inc. encountered some difficulties and therefore it was delayed. The delay in Qualcomm investment in Sharp was mainly driven by the inability of meeting terms of the original accord. Certainly, the setback will have an impact on Sharp Corp. which has been struggling to restore its balance sheet.

On the 18th of March, unprofitable Sharp Corp. informed that a second equity investment from Qualcomm would miss its deadline as two companies were not able to come to agreement on detailed terms of the pact which was signed in December 2012. The $120 million agreement was aimed at helping struggling Sharp Corp. to get out of problems. In addition, the accord included details regarding Sharp – Qualcomm development of LCD panels.

Qualcomm Inc. has already paid around $60 million for a roughly 2.64 stake in unprofitable Sharp Corp. The finalization of the second part of investment from the US-based company was scheduled for the 29th of March, yet it will be delayed. The probable finalization of the deal should take place before the 30th of June. As it was underlined, the negotiations on a plan for producing the displays were still ongoing. According to a statement, Sharp Corp. and Qualcomm Inc. were not able to come to agreement on one of the condition of the initial accord, but the companies would do everything in their power to find a solution and agree on a plan for the new display technology.

Miyuki Nakayama, spokeswoman for Sharp Inc., highlighted that the continuing negotiations did not have anything to do with the share price of the company. She also strongly noted that the delay in the investment from Qualcomm Inc. would not cause any severe liquidity problems.

Just on the 6th of March, Sharp Corp., which happens to be the Japan’s largest producer of liquid- crystals displays, informed that it agreed to sell a 3 percent stake for approximately $110 million to South Korean Samsung Electronics Co. The decision to sell its stakes to the No. 1 smartphone maker was driven by the fact that Sharp Corp. did not reach an agreement with Foxconn Technology Group.

Indeed, unprofitable Sharp Corp. has been much interested in sales of its stakes as it has been seeking ways to raise capital which would help it to get out of problems. In the fiscal year ended March 2012, Sharp Corp. witnessed a 376 billion yet net loss due to decreasing demand for televisions. But that is not the end of problems as the company will have to face an estimated  loss of staggering 450 billion yen for the fiscal year ending on March, according to projections.

Therefore it is not surprising that Sharp Corp. has decided to sell its assets. Indeed, all of its latest deals are aimed at helping Sharp to stand on its feet as it has been undergoing a major restructuring. But not only Sharp Corp. faces serious challenges as its Japan’s rivals such as Sony Corp. and Panasonic Corp. have been suffering the same gripes.