Sharp Corp. left with no other option but to partner with Hon Hai. 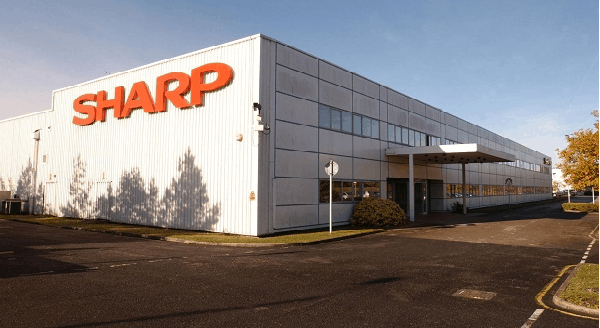 The Japanese corporation, Sharp is on the verge of going broke and the only choice left with the company to ensure its continued survival seems to be to give up its consumer business and openly accept a future as a supplier of components to Hon Hai Precision Industries, its affiliate based in Taiwan.

Shareholders have now openly started to doubt the capability of Sharp, which has lasted for over a 100 years, after considering its worsening performance outlook related to profits and reduction in its ratings. However, the situation on Monday remained the same as the company is still persistent on making Hon Hai stick to an unprofitable agreement involving accepting an equity share in the firm.

Ever since the beginning of the financial year, Sharp’s shares have seen a loss of almost three-quarters of their original worth. At the same time, the expense of covering its arrears against default has been witnessing an increase since the month of February.

Sharp, which was once responsible for opening up the way for LCD televisions, has now been stressed to make do with the funding it is offered by its main banks, Mitsubishi UFJ Financial Group and Mizuho Financial Group. A source connected to the banks reportedly said that in exchange for financial assistance, the lenders were likely to maintain their demand for better connections to Hon Hai and the putting up of the non-LCD business for sale to increase money.

However, there is not much time left for Shark till refinance. A convertible bond worth $2.54 billion or 200 billion yen is supposed to mature in the month of September next year. But Sharp, which already has a debt totaling 1.25 trillion yen together with 360 billion yen of short-range commercial paper, will be required to raise the money much earlier.

Sharp suffered an overall loss equal to 138 billion yen within a span of three months till the 30th of June which is to blame for the drop in Sharp’s equity ratio to 18.7 percent. This falls below the 20 percent threshold that is usually considered to be standard.

It was on Thursday that Sharp began to disclose increased losses. However, much before that the company depended on a steady flow of cash worth 66 billion yen from Hon Hai which is a flagship of the Foxconn Group based in Taiwan. Sharp was supposed to offer it a 10 percent stake in the firm in return. The contract was agreed upon in March but it has not yet been honoured. It seems even less likely now that a share slump has resulted in Sharp’s stocks falling below 190 yen. The deal values Sharp’s shares at an individual cost of 550 yen. If the current state of the market is taken into consideration, an investment worth 66 billion yen is able to provide Hon Hai with a third of the total stock.

On Friday, Hon Hai released a statement which claimed that Sharp had already freed it from the conditions of the deal due to the volatility in Sharp Corp’s share prices. However, Sharp’s officials denied this statement.