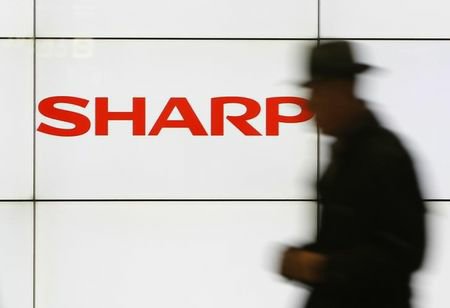 The company said it has set 2017 as its target for mass production of the next-generation displays with Qualcomm unit Pixtronix.

Sharp Corp has begun innovation of a new display that says will reduce power consumption in smartphones and tablets. The company said it has set 2017 as its target for mass production of the next-generation displays with Qualcomm unit Pixtronix.

Sharp and Qualcomm said the new variant of panel, which is called MEMS-IGZO display technology uses very little energy and can operate without blurring the image even in harsher temperatures, down to minus 30 C. It provides better color purity and gamut, and has ultra-low power consumption than the liquid crystal displays (LCD) used in most smartphones and tablets.

“LCD is really hitting its limits in a lot of things. We can go brighter and this is the first generation of this technology,” said Greg Heinzinger, senior vice president of Qualcomm’s technology licensing division and president of Pixtronix, at a briefing at Sharp’s Tokyo office on Friday.

With the MEMS-IGZO display technology, Sharp hopes to nurse its finances back from a colossal 545.4 billion yen ($5.34 billion) net loss in the year 2013, with its relying on panels for operating profit nearing 50 percent.

Sharp is licensing MEMS (micro electro mechanical systems) technology from Pixtronix. Since long Qualcomm has been trying to popularise the technology and last year it commercialized its related Mirasol low-power display in its Toq smartwatch.

The MEMS-IGZO panels display work in a completely different manner than LCDs. Numerous miniature shutters, as little as one per pixel, modulate light emitted from RGB LEDs to create various colors. It uses a high-speed shutter to display images and brighter colours. The reaction time is faster than LCD pixels, as they do not need a color filter, which allows more illumination from the backlight.

The struggling Japanese electronics maker said it will market the new innovation to automakers, and manufacturers of industrial devices, smartphones and tablets. It has created a test line for the new technology at its plant in Tottori prefecture on Japan’s northern coast.

But before that, Sharp intends to release curved LCD panels with its Free Form Display technology, which was unveiled in June. The technology was exhibited on Friday with a car dashboard featuring three illuminated circular dials.

In December 2012, Qualcomm entered a capital alliance with Sharp by investing US$120 million in the company over the following six months, making it Sharp’s the third-largest shareholder at end-March.

The big tech cloud-based software companies such as Zoom, Snowflake, Asana, Airbnb, Amazon, Salesforce and Palantir have all witnessed a rise in stock prices as work from home and
2 hours ago