Shares of Renesas grow owing to the approval of a bailout 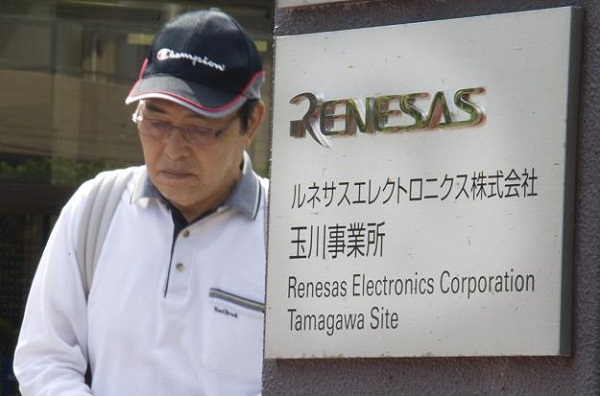 Japan’s Renesas Electronics Corp. saw a marked growth in its shares following an authorization of a bailout worth approximately $2.4 billion which is led by the Government. The shares of Renesas, a chip making company of Japan, rose above 6 percent after the finalization of the $2.4 billion bailout.

According to the reports released on the 26th of November, there has been a remarkable jump of Renesas shares as the government and three of its major shareholders made a final deal regarding the issue of the bailout of the beset chipmaker. This bailout will enable the market shares of Renesas Electronics Corp. to remain afloat for at least the coming few years. Some analysts are however of the opinion that Renesas Electronics Corp. would still have to face multiple challenges that might also include a complete restructuring of its chip division that is making a loss for the company.

According to the reports, the finances that are supported by the government will procure as much as two thirds of the shares of Renesas for as much as 180 billion yen or $2.2 billion, the company that is struggling to some extent with some of its chief clients like Nissan Motor Co. and Toyota Motor Corp. providing another major part amounting to almost 20 billion yen. Renesas Electronics Corp. mainly deals with the supply of chips for the cars and was built mainly around its struggling unit of chips with Mitsubishi Electric Corp., Hitachi Ltd and the NEC Corp. being its major shareholders. The jump of Renesas shares was nearly about 6.2 percent thereby reaching 307 yen in the early trade on the 26th of November. This jump of Renesas shares is in comparison to the Nikkei benchmark that showed a rise of roughly 1.2 percent.

The shift in production:

In spite of the jump of Renesas shares the company has forecasted a loss of as much as 150 billion yen till the month of March for this year. The main competitors of Renesas Electronics Corp. include Freescale Semiconductor Inc., a company centered in the US and Samsung Electronics Co. Ltd. Even though the finalization of this deal brought about some hope for the shares of Renesas, the company in the earlier part of this year had to shut down few of the unprofitable plans along with the cutting down of as many as 5000 jobs. As a measure of bringing about a rise in the shares of Renesas, the company has decided on moving away from the production of chips that are used in computers, televisions and mobile phones. The company aims at concentrating on the development of microcontroller chips that are much more advanced. The company is the leading producer of microcontroller chips that serve as the working brain for most of the electronic goods and automobiles.