Seventh recall for Ford! What is happening to second-largest U.S. automaker? 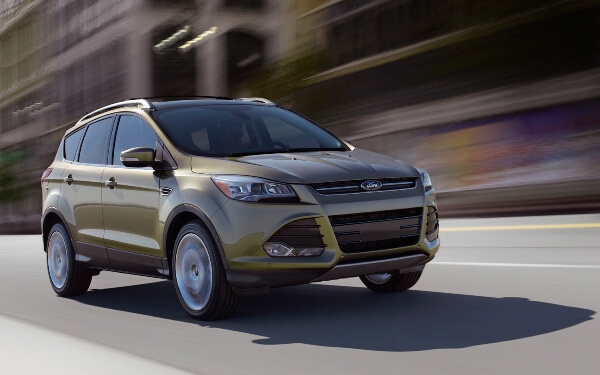 Oh dear Henry Ford, it is a good thing that you are not here to see the latest news. The respected Company you  founded all the way back in 1903 is now going through some serious trouble if they want to maintain reputation worth of respect, or reputation of an automaker that justifies the prices of the cars. To be honest after seventh recall of 2013 model of Escape SUV, your Ford Company is putting its position of the second largest U.S. automaker under a huge question mark.

The story of the 110 years long Ford business hopefully won’t become a night mare, after seven recalls, or even just something that would teach you not to launch any project, in this case car, unless you’re hundred percent sure that you did all you had to, before launching. This is lesson every entrepreneur knows, but it seems like Ford must have forgotten about it.

After this Tuesday there are now seven recalls of the Ford 2013 model of the Escape, a key SUV. In numbers that means 161,334 Escape SUVs globally, most of them in the United States. With an amazing sale through October this year to 250,543 vehicles, Escape became the second-best selling Ford product behind the F-Series pickup trucks, but unfortunately complete redesign of The Escape for the 2013 model year, hasn’t shown its best face.

Tuesday’s recall of the Escape SUVs from the 2013 model year equipped with 1.6-liter engines happened due to problems with the engine cylinder head, it may overheat and cause cracks that could allow oil to leak. This was written in a documents filed with the U.S. National Highway Traffic Safety Administration. According to Ford spokeswoman there were 13 fires reported related to this issue, but no injuries.

Back in July 2012, Ford took really rare step and told about 11,500 Escape owners to not drive their vehicles, explaining that there was a risk of an engine fire. At that point second-largest U.S. automaker offered customers loaner vehicles while their SUVs were inspected and repaired. Besides that earlier that month, the company recalled 8,266 of the SUVs because of a carpeting flaw which could reduce clearance for the brake pedal.

The latest recall is a larger one and we believe everybody hopes for it to be the last one as well. Ford will now modify the engine shielding including cooling and control systems, according to NHTSA documents. In the smaller one, Ford dealers will inspect the engine compartment fuel line and if necessary replace it. If you are one of the owners you will be notified of the recalls by mail by January 23, 2014 and hopefully Ford won’t completely loose trust that was enjoying among buyers for more than hundred years.

The New Shepard rocket by Blue Origin successfully conducted the test launch in the Texas testing site, successfully performing take-off and...
5 hours ago