With all the progress as well as controversies that Tesla and Space X has generated, it is hard not to talk about Elon Musk. Haters are gonna hate, but one has to accept the fact that Musk has achieved a great deal within a limited time. His work speaks louder than words. His ability to accomplish so much is ridiculously incredible. By his early 20’s, Elon sold his start-up Zip2 and became a multi-millionaire. What we could learn from him is how productively he utilizes his time. So here are 7 productivity lessons one can learn from Elon Musk.

A good leader will always be someone who will encourage and appreciate team-work.  Productivity doesn’t just depend on your team working 24/7. Studies show that motivation and encouragement make employees work harder towards achieving the goal. Incentives are something that helps build a competitive environment, but not just monetary incentives. They can also be in the form of words of encouragement. Employees feel more productive when they know that their efforts are being appreciated.

In one of his letters to his employees, Elon states that he doesn’t slam criticism or shut his critics down. In fact, the reason behind his success is that every time someone points out the negatives, it gives him scope to make himself better. Acceptance of criticism is one of the most effective ways of getting things done the right way. Only when people point out the mistakes, is when you realize where you have been going wrong. After which follows…

Once you realize where the fault lies, it doesn’t mean you accept them but stop looking for alternatives. Looking out for ways to improve is the next step to success. A leader won’t give up even if the going gets tough. Sometimes, improvement might cost you a lot, and we don’t just mean monetary wise. But that doesn’t mean you get demotivated. On the contrary, it makes you think of other alternatives that no one else might have thought of. There’s always a scope of improvement in everything you do. So never give up after trying it just once. 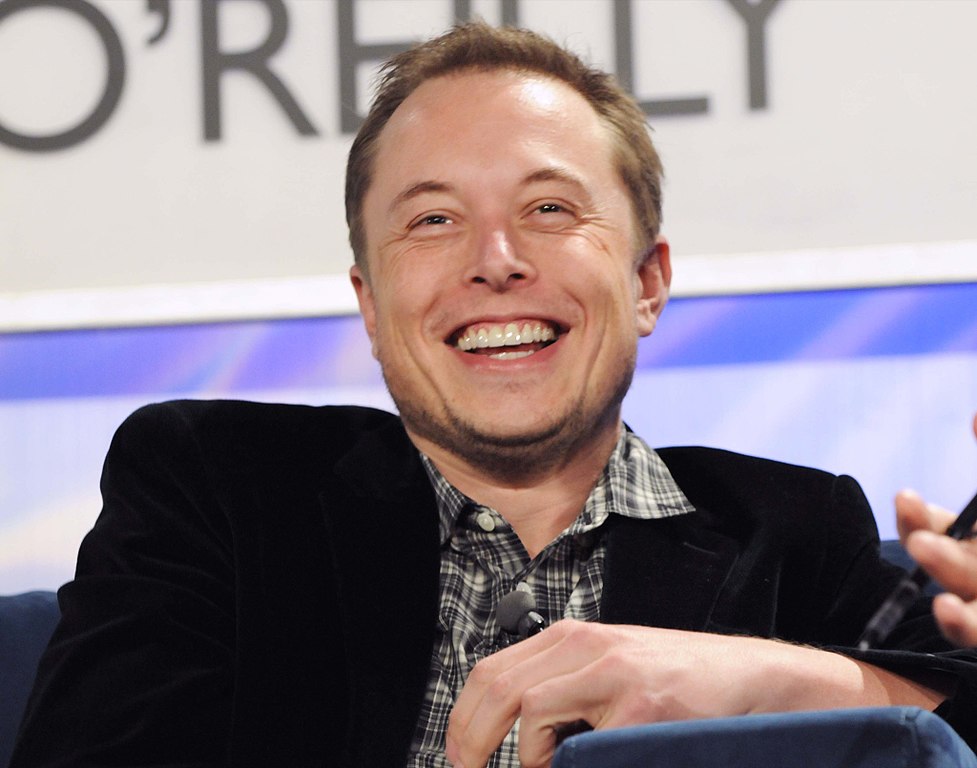 By his early 20’s, Elon sold his start-up Zip2 and became a multi-millionaire. Source: Wikimedia Commons

4. Start working with the most important task first.

We usually prefer to start on working with something light to set the mood right. Elon Musk feels otherwise. It is always better to start with things that need more attention. Plus, a fresh start always gives it a new perspective and helps you be creative. If you do it the other way, then what you invite is laziness. Since you started on a low scale, you won’t feel like doing something which will tax your brain. Therefore, it’s better to finish the main tasks, so that for the rest of the day, you can allow yourself to take it easy. As stated by Musk in one of his letters, “Focus on signal over noise. Don’t waste time on stuff that doesn’t actually make things better.”

This is one of the major reasons why Elon Musk and his team are extremely efficient. Most companies are tied down with frequent meetings that are held with no agenda whatsoever. Plus, not all meetings require everyone from the group to be present. Musk says, that if you are unable to contribute anything important to the assembly, there’s no reason to stay put. In fact, that time is wasted with no one being productive whatsoever. Hence it’s fine to excuse yourself from meetings where you know that you won’t be able to contribute in any way. Calling for meetings is fine as it helps you understand the progress your organization has made.  At the same time, you needn’t make everyone stay put if you know that their role is over.

6. Always work on a Schedule-

Elon Musk must be on the tightest schedule there ever is. Imagine how he handles 3 companies at once? Time is of the essence and therefore Musk makes the most out of the 24 hours. He always works by the clock. A schedule helps you to work in a systematic manner thus making your day productive. Chopping out time for every task is necessary as it helps you work systematically.

As strange as this may sound, a shower is the best way to activate your grey cells. You may ask how it helps to be productive. Isn’t it often said that some of the best thoughts occur to us while we’re in the shower? Know how the worst of singers sound so good in showers? The same way, a shower helps you get rid of a rotten mood. Thus, allowing you to think fresh and more creatively. Musk himself said that he, “…gets a lot of his ideas during long showers or late at night pacing around the house.”  Now that’s something we could easily put into practice. Right, eh?

An organization does not become successful by just seeing that your employees work hard, and come and go on time. It’s more than that. A company will only succeed if every employee works productively. It’s not about the hours that the employees are in and out; but instead how efficiently they are able to complete a given task. Elon Musk has been able to achieve so much in such a short time, and that’s because he doesn’t just work hard but he works smart.