How To Sell Cereal And Become A Billion Dollar Company

The idea of people renting rooms in someone else’s homes over the internet seems a little crazy, doesn’t it? May be, for some people who’re extremely private. It is one thing to be a part of the gig economy and share an Uber, but it’s another to open your home to a complete stranger from the Internet.

This is the story of Brian Chesky, a 21st century ‘cereal’ entrepreneur. With no investors and thousands of dollars raking up in credit card debt, the entrepreneur had to resort to selling cereals to keep his company afloat. It took almost two years before AirBed & Breakfast saw some traction. Air Bed & Breakfast, sounds vaguely familiar? Today, people all over the world know it as AirBnb. Sitting on San Francisco, you can book a holiday home in Kathmandu, Nepal.

Like all good stories, this one starts with the humble beginnings. Growing up in upstate New York, Chesky never really thought about becoming an entrepreneur. His parents were both social workers, and his family wasn’t exactly wealthy. His mother would often joke saying she chose a job for the love, and made no money. She wanted him to take up a job that gave him money. When Chesky said he wanted to go to art school, his mother thought he had chosen the one job that will make him even less money than a social worker.

It was at art school that Chesky met Airbnb co-founder Joe Gebbia. After four years of working as an industrial designer in L.A., Chesky quit his job. Many thought he was having some sort of early life crisis. In 20017 in San Francisco, Brian Chesky and Joe Gebbia had just moved from New York. The two young men were unemployed, and had trouble paying their rent and basic expenses. They were looking for a way to earn a healthy living, when they noticed that all hotel rooms in the city were booked, as a local event attracted a lot of visitors. 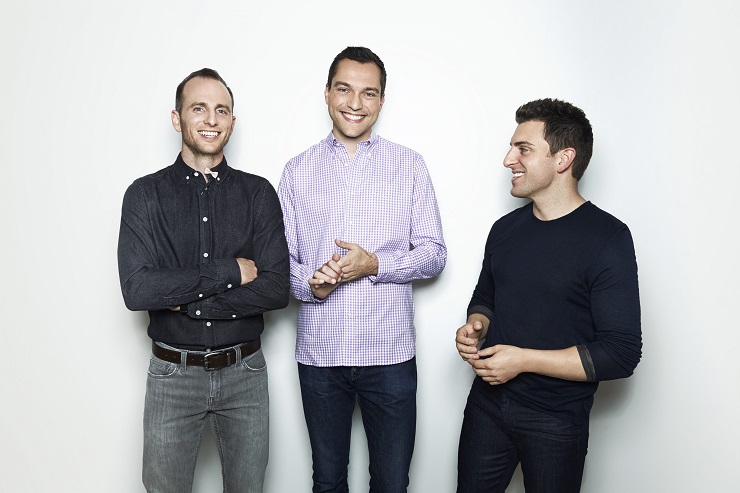 The two men saw this as an opportunity. They bought a few airbeds and put up a side called Air Bed and Breakfast. The idea was to offer visitors a place to sleep and breakfast in the morning. The idea succeeded and the due welcomed the first AirBnb guests, charging $80 for a night’s stay. Airbnb’s first customers were a 35-year-old woman from Boston, a 30-year-old man from India, and a 45-year-old father of five from Utah.

Soon after, Harvard graduate Nathan Blecharczyk joined Airbnb as the third co-founder. By this point, the founder faced one big challenge: the site only had one user. The company relaunched in August 2008 after changing the website, right before the Democratic National Convention in Denver. Over 80,000 people were expected to visit Denver, and there were only 27,000 hotel rooms. During the event, Airbnb received around 80 bookings. The weekend after they were back to no booking. The founders originally aimed at catering the thousands of people that came to the convention.

By this time, Brian Chesky had raked up $30,000 in credit card debt. It came to a point where the bank stopped giving credit cards to him. Chesky and Gebbia had tens of thousands of dollars in debt during the 2008 Financial Crisis.

The founders had officially reached rock bottom, and the idea of doing Air Bed & Breakfast wasn’t working out. The pessimistic thought blossomed another vague idea of selling cereal. One day, Gebbia bought thousand pieces of giant cardboard to sell limited edition cereal at 40 dollars a box. Now who would pay 40 dollars a box? People do! Turns out, the founders made $30,000 by selling limited edition cereal boxes. 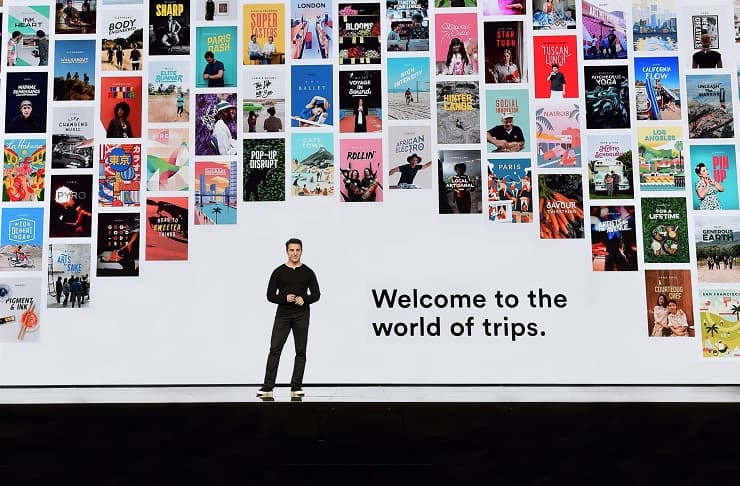 Soon after, Airbnb raised $20,000 in its first funding rounds from Y Combinator. At this point, there were still making only 4200 a week, and decided to use the money to go to New York to meet some of their users. It didn’t take long to discover that one of the biggest problem was the pictures on most listings were far from good. Of course, they had to buy a camera and go house to house to take pretty pictures.

In 2009, the three founders were invited by Paul Graham at Y Combinator to convince venture capitalist Fred Wilson to invest in AirBnb. While Wilson decided to not invest on what would become a billion dollar company.

Chesky’s degree in art is pivotal in his success. Most founders in Silicon Valley went to Stanford or MIT. On the other hand, Chesky studied industrial design – basically everything from spaceships to toothbrushes. He credits his education for the disruptive thinking.

The company finally decided to focus on all types of accommodation instead of shared spaces. In March 2009, Airbnb had over 2,500 listing and had already closed over 10,000 registered users. Today, Airbnb has over 3 million listings in 190 countries and 34,000 cities. The company has hosted over 50 million guests. Today, it is valued at 30 billion.

Airbnb’s image was rebuilt in 2012, when it responded to a host who wanted to offer her property free to those made homeless by Hurricane Sandy. Since then, Airbnb has also played the role of a community providing free housing for global disasters.

Brian Chesky and co-founders Joe Gebbia and Nathan Blecharczyk are credited for disrupting the most established players in the hospitality industry, generating billions of dollars in revenue, and for creating a source of income for the users. What started as a mean to make rent, quickly turned into a billion dollar business. His friend Mark Zuckerberg often says the idea of Facebook was conceived in little over 20 minutes. It wasn’t the same for Airbnb founders. After Air Bed & Breakfast had its first three guests, the founders did nothing for months. At one point, the founders were even trying to create a roommate matching website.

Anna Domanska
Anna Domanska is an Industry Leaders Magazine author possessing wide-range of knowledge for Business News. She is an avid reader and writer of Business and CEO Magazines and a rigorous follower of Business Leaders.
« European Commission dragging Ireland to court for Apple tax bill
A Stylish Touch with the Most Expensive Gadgets »
Leave a Comment
Close

Accor, Europe’s largest hotel chain, reported a $2.5 billion net loss in 2020 due to the deterioration in the industry linked to the sprea...
2 hours ago

As the old adage goes, good things come to those who wait. This might come true for movie theatre operator AMC Entertainment Holdings Inc. w...
3 hours ago