Self-driving cars, the future is here! 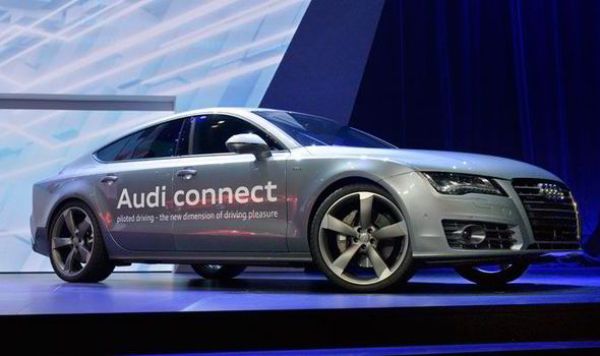 Science fiction keeps getting closer to reality as the international Consumer Electronics Show (CES) keeps unveiling recent inventions and high-end tech products. Now, it has been Audi’s turn for showing the audience its most recent upgrade: A book-sized computer capable of driving an automobile. Yes, self-driving cars are here!

Called zFAS, the piloted driving circuit board represents a noteworthy advance in automation technology since it is compact enough to fit into existing vehicles without affecting or compromising their design. As different Audi vehicles equipped with the zFAS drove themselves onto the CES stage, the introduction of the new generation of automobiles amazed the audience. “At CES one year ago, the trunk of the demo cars was still full of cables and electronics. The prototype period is almost over. Now it’s time to get ready for serious production,” Ulrich Hackenberg, Audi’s chief technical officer, said.

In contrast to Google’s Lexus SUVs, the best known self-driving car featuring a big laser scanner visible on top, Audi’s automation technology was enhanced skillfully and discretely: The video cameras, laser scanner, long and mid-radar system and diverse ultrasonic distance sensors on the sides and front of the vehicle are small enough to be hidden from view. Hackenberg explained that the magic behind the fancy design was courtesy of Nvidia, the chipmaker which helped the automobile firm on shrinking the piloted driving circuit board, which is powered by two Nvidia processors commonly used in tablet computers.

When can I get it?

Apart from disclosing that the futuristic vehicle could park and drive in traffic on its own, no further details were provided on the capabilities of the piloted driving circuit board enabled car or when it will be available commercially. Rupert Stadler, Audi chairman, said that users will routinely let their automobiles do the driving for them in the future, and a promotional video supported his statement by showing a chauffeur sat in the passenger seat while the automation technology allowed the vehicle to do the driving. “Today we see a period of major changes, in which we are moving from refining the automobile to redefining mobility,” he said.

The German automobile manufacturer also announced partnerships with mobile chipmaker Qualcomm and Google. While the first will be providing 4G LTE wireless chips for some Audi automobiles, the latter will participate in the development of a car-centric edition of the Android mobile OS, which according to Stadler, has already been bearing fruit in a new interface for a forthcoming concept car that will customize itself to each driver.