Segways see end of the road as company stops production

The company was on a downward spiral sales-wise in the last few years.

Segway, the two-wheeled personal transporter that was to revolutionize travel and solve the problems of pollution and traffic jams, will cease production by July 15.

The Segway PT, caught people’s imagination but somehow never gain the popularity it was supposed to. Its usage everywhere was restricted to institutional use like the police force or by hospitality and tourism companies.

“Within its first decade, the Segway PT became a staple in security and law enforcement, viewed as an effective and efficient personal vehicle,” said Judy Cai, Segway president, in a statement, noting that in the past decade it gained popularity with vacationers in major cities in North America, Europe, Asia, South America, and the Middle East. 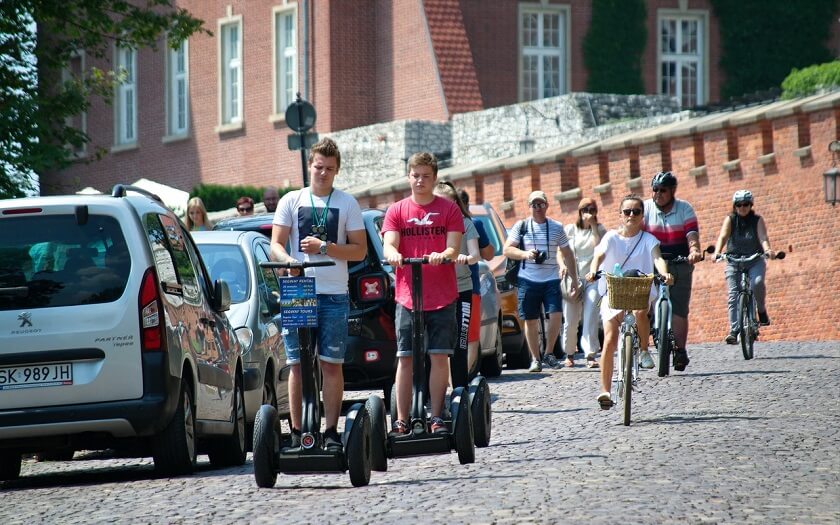 Segway, which is a motorized platform on wheels with handles, accounted for less than 1.5% of the company’s revenue last year. The company intends to lay off 21 of its employees at its manufacturing unit in New Hamshire in the United States. The decision is in no ways connected to the pandemic. The company was on a downward spiral sales-wise in the last few years.

There are many reasons for the lukewarm reception to the Segway as far as wide adoption is concerned. Dean Kamen invented the one-person vehicle in 1999 it was greeted with enthusiasm, but the sales never took off.

One factor was its price tag of around $5,000, which was a hurdle for many customers.  The vehicle only ever sold 140,000 units since its manufacturing started in 2001.

The vehicle also needed some practice to run. The rider had to be balanced at a specific angle for the vehicle to move forward. Balancing on it depends on an equal distribution of weight, a slight shift in any direction and the vehicle spins out of control.

A lot of accidents initially let to its ban in many cities. Also, a lot of high-profile accidents happened while riding the Segway. British millionaire, Jim Heselden, bought the company in 2009, but just 10 months after that he careened to his death off a 30-foot cliff near London while riding his Segway. He was 62 years old.

President George Bush tumbled off his Segway in 22003, while on a visit to his parent’s home in Maine. IN 2015 the famous tumble of Usain Bolt happened when he crashed into a cameraman riding a Segway while taking a victory lap in Beijing. He wasn’t hurt in the incident, but it was caught on camera for everyone to see.

Segway was bought by a Chinese firm Ninebot in 2015, and the company has expanded to focus more on scooters and robotics products.

Electric unicycles and hoverboards using the same technology of gyroscopic sensors to balance became a tough competition for the Segway. The hoverboards, which are much cheaper, gained more acceptance among the young crowd. Riders took 38.5 million trips on shared electric scooters in 2018, according to the National Association of City Transportation Officials.

Thomas Zurbuchen revealed that seeing the deepest image of the universe for the first time will be akin to witnessing nature “giving up secrets that have been there for many, man
15 hours ago

The SEC said that EY had earlier been intimated about the potential of staff cheating on accountant exams by an employee. Furthermore, even after an internal EY investigation confi
19 hours ago