Secret of the Most Creative People in Business 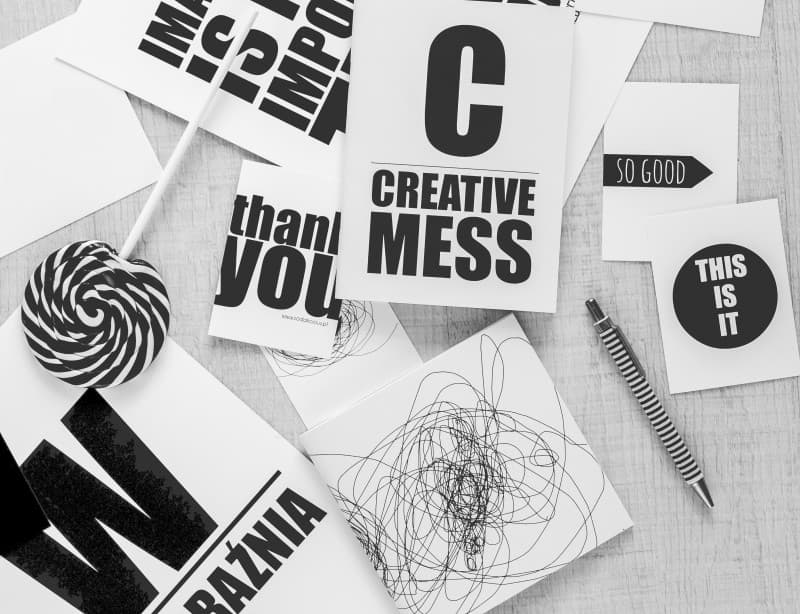 I finally cleaned my desk. It took me almost a good fraction of time yesterday, but as a result, my desk was looking awesome. My notepads, schedule diaries, and papers were organized and my desk space was clear instead of a cluttered mess. My monitor, my notebook, sticky notes, coffee cups, and pens, everything was in its place. Going through guilt-trips since a long time about the state of my cabin were now only a memory.

When finally, I made myself comfortable in order to start my work, and I felt something odd. Actually, odd doesn’t even cover. I couldn’t focus, it felt like I wasn’t able to remember something, and as time passed by, it went on getting uncomfortable for me. Though, the horror was lived only for a while as within a few hours of time, sticky notes were scattered all over my desk again, my three notepads were placed in a different direction, pens lying here and there, etc. To be surprised by the fact, I felt more at ease and more productive back again.

INTRIGUING SECRET OF THE MOST CREATIVE PEOPLE IN BUSINESS

Once while talking about his work patterns, Albert Einstein laughed by questioning that if the sign of a cluttered mind is cluttered desk, then what having an empty desk is a sign of? Obviously while advocating the advantages of having a cluttered desk, Einstein had completely no idea that this question quipped by him would someday in future inspire people to dig in for the answers.

Most creative people in business and science like Albert Einstein, Mark Twain, Steve Jobs, Mark Zuckerberg, and Tony Hsieh, have one thing in common amongst other things. What is it? The answer is the messy workplace.

According to a research published in Psychological Science, working at a clean desk, which Einstein used to regard as an empty desk, influences people to make healthier choices, be more generous, and be more conventional. But, more interestingly, the same research also states that cluttered desk has a positive influence on people by broadening their ability of creative thinking. Now we can understand what most creative people in business like Steve Jobs, Zuckerberg, and others have been up to.

The relationship between creativity and conventionality is very intriguing; the cluttered workplace mess often leads towards a common measure between creativity and thinking. Being in an environment that is in a well-ordered manner, influences individuals to conform towards the conventional expectations set towards them. However, messy workplace helps an individual to divert from the conventional realms and unlock the door to more divergent ideas.

Empty desks are in fashion nowadays. Clutter-free, Paper-free and minimalist offices are the current fad with space for everything and having everything assigned in its fix space of the closet.

But, this is not applicable to the one who are a creative genius with an extraordinary mindset, as this might be a nightmare for them, the worst way possible to work. An amalgam of recent studies and proof from the foremost creatives in the world shows that a correct amount of mess over your desk might help you defy convention, you will become more productive, and more creative.

#Messy Desk Will Advance the Creativity in You

Cleanliness is next to Godliness is old. According to a research, individuals surrounded by messiness choose novelty, while the one with tidiness choose convention. People having messy surroundings at workplace tend to be quicker at solving problems that are creative and unique.

According to famous assumptions made by people all over, the desks and offices of tech giants from Silicon Valley are clean things, polished aluminum, sparse, sterile environment, and Macs. But the reality is on the other way round. Take one of the most creative people in business like Zuckerberg and Steve Jobs as an example. Personalities like them do not really spare a thought about their surroundings, or what their desks really looks like, instead they are always consumed with their work.

MINIMALISM TO BE BLAMED FOR LACK OF CREATIVITY?

Though it is quite fascinating to look at the interiors and lifestyles of the rich and famous, there is a significant lesson to be learned through this, especially for architects and designers. A modern, sterile, efficient, and clean office might seem wonderful on paper and imagination, but it can have a lot of side-effects when it is forced into the modern world. An organization, which requires any kinds of creativity, then by restraining workers to work within such environments might cause a detrimental effect. Similarly, minimalist work environments might look like a great idea, but for creative employees, it could be hampering their creativity.

A tidy desk always looks so inviting. In fact, it feels like an individual is ready for work and their mind is focused over the task ahead, but by detaching any semblance of themselves from their working environment, they are stopping their brain from making necessary links required for creativity and wandering around. The chaos required to kick start with ideas might be absent, as a result, there will be a significant increase in productivity, but surely creativity will be all gone for sure.

The right balance is always the one that works right for you. While some people are obsessed with clean and sterile designs there are the others who are in love with the creative mess. Do not clean your personal workspace just because you think it needs to be organized, and definitely not to wash off your brain. Your system and brain require those floating little ideas in the periphery in order to discover the creative, random, and complicated answers regarding your work. Who knows if your name could be the next in the list of most creative people in business.

Read more on Industry Leaders: A Guide to Creative Leadership