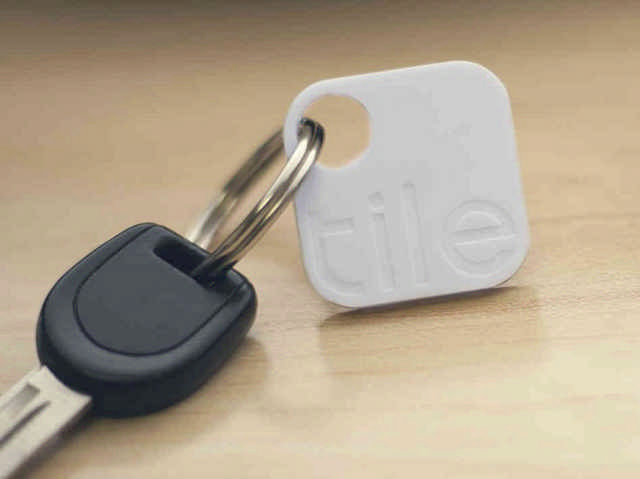 The command prompts Tile to ring, so users can hunt down their missing keys.

The makers of the popular location-tracking dongle Tile have upgraded to a new second-generation version. So those who are tired of losing their keys, phone or other items, Tile tracker helps in finding it for them.

The second-generation Tile Bluetooth dongle brings with it a several key improvements to the initial concept, including a three times louder ring at 97 decibels. The device is not smaller than the first-generation Tile, but it’s still compact enough to easily slip onto any keychain, purse pocket, backpack, phone, or anything else that people tend to lose.

After pairing Tile Bluetooth dongle with a smartphone, people can locate their keys by simply tapping the associated “Find” button in the Tile app, which is available for Android and iOS. The command prompts Tile to ring, so users can hunt down their missing keys.

According to a Tile spokesman, Tile works within a range of roughly 100 feet, and it even has a feature called “Community Find” that allows other Tile users to help locate a users missing item. If some other Tile user comes within range of the missing Tile, the Tile system gets an anonymous update of the users Tile’s location and sends a notification that helps the user see the missing Tile on a map through the Tile app. The random Tile user who found the missing Tile will not even know about it, as it’s all done anonymously to prevent the user’s privacy.

Additionally, another feature allows users to easily find their smartphone through the Tile itself. They have to simply tap the Tile’s “e” button twice and it will play a short, loud tune on the smartphone, as long as it’s within 100 feet. In case the user has turned down the phone’s volume or disabled the ringer, Tile will still ring it loudly. At the same time, users can also log in to the Tile website to locate the mobile phone on a map.

When it comes to pricing, the company has made Tile available for $25 per unit. However, the price features gradual discounts if customers want to buy more. A pack of four Tiles, for instance, costs $70 rather than $100.

Customers interested in the new Tile can now order the device from Tile’s own website and Amazon. Tile has also joined forces with T-Mobile to have its tiles sold in more than 3,000 locations across the country.

Two tweets were posted using NFT artist Beeple’s account. The first one promoted an exclusive collection with Louis Vuitton. The second tweet announced that Beeple would soon rel
10 hours ago

Microsoft’s corporate vice president of mixed reality, Jessica Hawk, recently told CNBC that the metaverse will change how people function across a variety of devices and platfor
12 hours ago