The O2 will be able to offset approximately 2,200 tonnes of CO2 production each year.

The tidal turbine weighing 680 metric tons is another step forward in the development of the U.K.’s marine energy sector. The entire operation of transferring the Orbital 2 by Orbital Marine Power from the Forth Ports quayside facility in Dundee into the River Tay was managed by Osprey Heavy Lift. The impossible task was managed using a submersible barge. 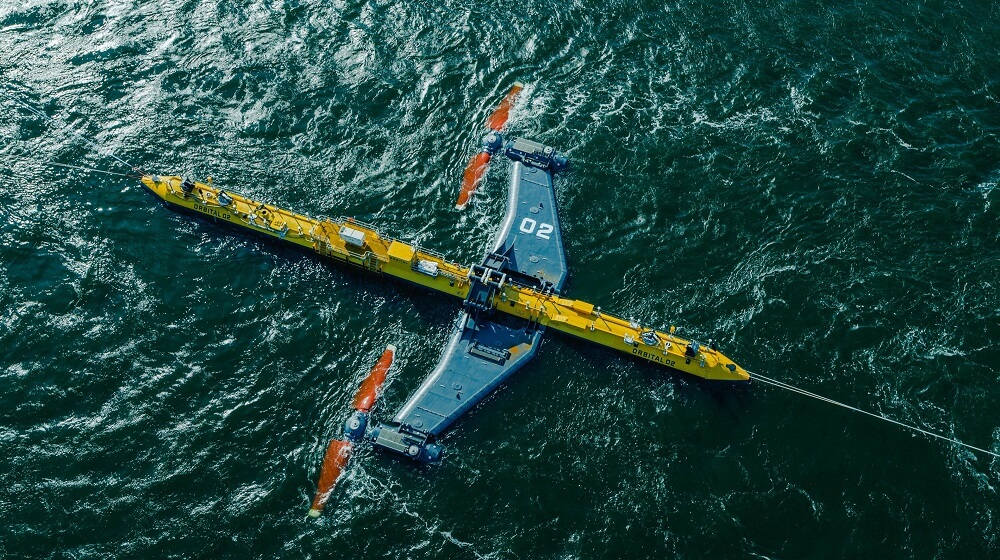 The launch of the world’s most powerful operational tidal turbine marks the first vessel launch from Dundee since shipbuilding ended over four decades ago.

The O2 will be towed to the Orkney Islands where it will undergo commissioning before being connected to the European Marine Energy Centre (EMEC) where it will become the most powerful operational tidal turbine in the world.

Orbital’s CEO, Andrew Scott, said: “This is a huge milestone for Orbital. The O2 is a remarkable example of British cleantech innovation and the build we have completed here is an inspiring display of what a UK supply chain can achieve if given the opportunity – even under the extraordinary pressures of a pandemic.”

Orbital Marine Power started building the Orbital 2 in the second half of 2019. The world’s most powerful tidal turbine reflects approximately 80% of UK supply content. This ranges from Scottish steelwork and main manufacturing through to anchors from Wales and blades from the south of England.

The Orbital O2 is estimated to have supported over 80 jobs within the UK economy.

The launch of the world’s most powerful operational tidal turbine marks the first vessel launch from Dundee since shipbuilding ended over four decades ago.

The O2 is capable of generating electricity to meet the demand of around 2,000 UK homes and offset approximately 2,200 tonnes of CO2 production each year.

Anna Domanska
Anna Domanska is an Industry Leaders Magazine author possessing wide-range of knowledge for Business News. She is an avid reader and writer of Business and CEO Magazines and a rigorous follower of Business Leaders.
« Apple introduces new privacy rules to expand its own ad business
Panasonic acquires Blue Yonder for $7.1 billion »
Leave a Comment
Close

US Federal Reserve is charging investors with inflationary pressures by putting up interest rates to create a response to the surging inflation.
3 hours ago

Changpeng Zhao, also known as CZ, is now the 11th richest person in the world with an estimated net worth of $96 billion.
4 hours ago

The stock was listed at $78 per share and later rose to $172.01 within five days. The Rivian IPO buoyed investor spirits and was the largest IPO in the US after 2014.
7 hours ago