Scotland Gales Powered the Equivalent of the Day’s Electricity Needs!

According to environmentalists, wind turbines have generated more electricity than was used in the whole of Scotland on a single day.

The township faced some major travel closures due to this weather. Certain bridges were shut, ferries were annulled and trains got delayed. But fortunately or unfortunately it did help boost the country’s renewable energy production on that day i.e. the 7th of August.

The United Kingdom’s national weather office issued a yellow “be aware” weather warning due to Scotland gales that were covering much of the country. Scotland gales speed reached 115mph on the top of the Cairngorm Mountains and breezes of more than 60mph hit northern towns. 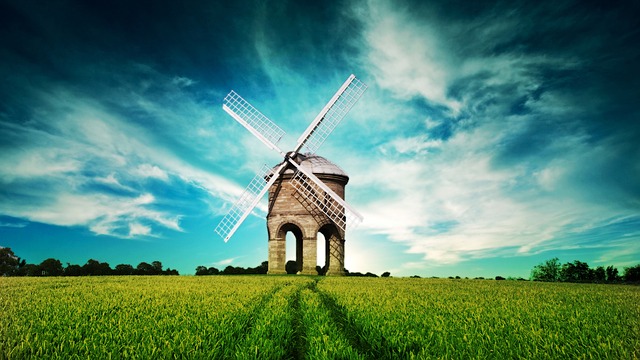 Wind power generated the cheapest electricity in both the UK and Germany last year, according to a new study by Bloomberg New Energy Finance. From a standing start 10 years ago, the UK has 25 per cent of generation from renewables.

In relevant news, previously this week power demand across the UK fell to an 11-year low, as warm summer weather united with surrounded wind energy, lowered demand on the transmission network.

World-Wide Fund nature Scotland’s director Lang Banks remarked that even though the weather produced interruption for many people, it however, proved to be a great day for wind power output, with wind turbines alone delivering the equivalent of all Scotland’s entire electricity needs.

He also exclaimed this major moment became possible due to political support. This means that renewables fund well over half of Scotland’s electricity needs across the year. But if to ensure harvesting the many paybacks of becoming a low-carbon economy, political support for renewables must continue.

Banks commanded the Scottish Government to pledge to a new target of providing half of all Scotland’s energy requirements from renewables by 2030. On the journey to a wholly renewable future, this definitely marks as a great milestone.

Statistics exposed that wind turbines in Scotland delivered 39,545 megawatts per hour of electricity to the National Grid for the whole day on the 7th of August. The country’s entire electricity consumption for the day was 37,202 MWh. It is uncertain whether demand at any given point in the day surpassed the quantity delivered by the turbines.

Karen Robinson, energy advisor and project manager for Severn Wye informed that electricity requirements during weekends is generally lesser than the rest of the week.

Nonetheless, the fact that wind power was able to generate the equivalent of all Scotland’s electricity is extremely remarkable for the future of renewables.

A Scottish Government presenter added that lavish energy resources play a vital role in supplying security of electricity across the UK. The government dedicates to harvest onshore wind, which is one of the most lucrative low carbon energy technologies. Scotland will always remain totally supportive of low-carbon technologies since they give a tremendous economic benefit. They also add value to curb the global warming that is affecting the entire earth.

She also proclaimed for a policy of an energy mix to deliver energy security for the future. This will be to set out determinations for a cohesive approach to low carbon technologies. This will comprise discovering the choice of locating a new renewable energy goal.

Greensill Capital, a provider of supply-chain financing, is facing further trouble with Credit Suisse, the Swiss bank, withdrawing $10bn of ...
10 hours ago