ConocoPhillips to Sell $3 Billion Worth of Assets 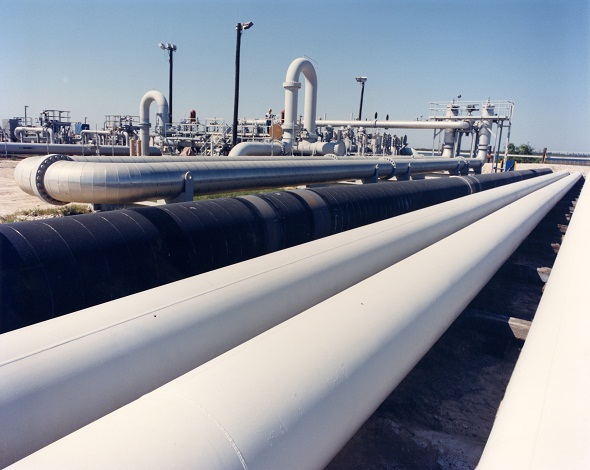 The job cuts account for nearly 8% of Schlumberger’s 120,000 global workforce.

World’s No.1 oilfield services provider, Schlumberger Ltd said it will cut 9,000 jobs because the collapse in oil prices have forced petroleum companies to cut drilling budgets.

“In response to lower commodity pricing and anticipated lower exploration and production spending in 2015, Schlumberger decided to reduce its overall headcount to better align with anticipated activity levels for 2015,” the company said.

Schlumberger had said last month that it would take charges amounting to US$1.77 billion (RM6.31 billion) in the fourth quarter. These include a $296 million charge for the 9,000 job cuts, a $590 million impairment charges related to its seismic business due to a restructuring compelled by lower prices, $472 million Venezuela currency devaluation and a $199 million write-down of oilfield assets in Texas whose value has fallen due to lower oil prices.

The company revealed the job cuts on Thursday owing to sharply lower fourth-quarter earnings in the wake of a more than 50 per cent fall in oil prices since June. The job cuts account for nearly 8% of Schlumberger’s 120,000 global workforce.

A slew of major global oil companies such as BP Plc and ConocoPhillips have laid off employees due to a nearly 60 per cent plunge in oil prices over the past six months.

“If oil prices stay at this level, none of these companies would just be able to adjust with one round of workforce reductions,” Robin Shoemaker, analyst with KeyBanc Capital Markets, told Reuters.

Schlumberger’s customers, oil producers have cut down capital budgets for 2015 and reduced the number of rigs. Excluding multi client and project management investments, the Houston-based company said the capital expenditure is expected to be US$3 billion for 2015. Capex for 2014 was US$4 billion.

Schlumberger, which also provides drilling technology and equipment, reported a fourth-quarter profit that beat Wall Street estimates for the tenth straight quarter. Revenue increased 6 per cent to US$12.64 billion, mainly helped by an 18.5 per cent jump in revenue from North America.

In the fourth quarter that ended Dec. 31, net income attributable to the company came down to US$302 million, or 23 cents per share from US$1.66 billion, or US$1.26 per share, a year earlier.

On an adjusted basis, the company earned US$1.50 per share, beating the average analyst estimate of US$1.45 per share, according to reports.

Shares of the company closed at US$76.63 on the New York Stock Exchange.

Anna Domanska
Anna Domanska is an Industry Leaders Magazine author possessing wide-range of knowledge for Business News. She is an avid reader and writer of Business and CEO Magazines and a rigorous follower of Business Leaders.
« Google Translate App gets an upgrade with real-time voice and sign translators
Apple likely to launch a stylus along with the iPad Pro »
Leave a Comment
Close