Two years ago, an article published in a leading business magazine, compared Theranos’ Elizabeth Holmes to the visionary Steve Jobs. Her sartorial choice of wearing Steve Job-esque black turtlenecks every day was seen as a homage to the legendary male icon of tech valley. Holmes was perceived as the “youngest self-made woman billionaire,” until a few months ago when the tables turned. From photogenic Stanford dropout to a borderline messianic lunatic, the 32-year-old Theranos founder Elizabeth Holmes has come under scrutiny, including criticism. The fixation, however, is particularly on her aggression and the unwavering confidence that her $9 billion blood-testing start-up was hiding the inefficacy of its finger-prick tests. The final blow came when Theranos was found to be using its competitors’ conventional blood-testing equipment rather than its proprietary technology. On Friday, released the memo saying it is currently under investigation by the U.S. Securities and Exchange Commission and the U.S. Attorney’s Office for the Northern District of California. The regulators have also revoked certification of Theranos’ Newark, Calif. Laboratory and prohibited the laboratory from taking Medicare and Medicaid payments for its services. A monetary penalty has also been levied on the crestfallen blood-testing startup. 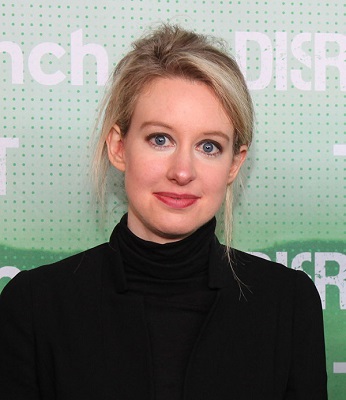 Where will this leave the company and its founder?

Blood-testing startup, Theranos came under intense scrutiny in October last year when The Wall Street Journal raised questions over the company’s ability to perform a wide variety of blood tests over a tiny vial of blood.

The revocation of the California lab’s CLIA certification won’t take effect for 60 days. The company won’t perform any patient testing in the Newark lab until further notice. It may, however, continue to work with the Centers for Medicare and Medicaid Services to resolve and remediate outstanding issues in the Newark lab, and will continue to provide services to its customers through its Arizona lab.

In October 2015, Walgreens terminated its partnership with Theranos. Before Walgreens ended the strained alliance, it had grown frustrated at not getting more details and documentations from Theranos after learning it had corrected thousands of blood tests, including samples collected from patients at Walgreens pharmacies.

Without Walgreens, Theranos can now no longer compete with major labs in the US. In recent months, the company has been struggling to force a partnership with another pharmacy or supermarket.

Thousands of tests results taken over the last two years were not up to the standards. Only one of Theranos’ blood tests is believed to have received federal approval. The rest, believed to be over 80, were sold under a federal loophole. So the supervising agency hasn’t been the US FDA, but CMS, which imposed the sanctions.

The embattled blood-testing startup, at one time, commanded a valuation of $9 billion. It has won backing from tech luminaries including Larry Ellison, the former secretary of state, Henry Kissinger and the former Senate majority leader Bill Frist. Many have questioned the reliability of the tests, including former Theranos employees who took their concern to federal regulators. It was found that Theranos’ technology was never examined in the past two years by federal regulators. Moreover, on doing so, regulators found deficiencies in the Newark lab, which could lead to inaccurate results, including samples stored in the wrong way and inadequately trained employees. It was also under criminal investigation from the US Justice Department and the US Securities and Exchange Commission.

Theranos’ Elizabeth Holmes’s fortune was always based on the value of her private company in which she holds a fifty percent stake. In the future, if ever Theranos liquidates, which would be a lot of money, all of it will have to be paid back to her investors first. Holmes will be left with not much but empty laboratories.

Anna Domanska
Anna Domanska is an Industry Leaders Magazine author possessing wide-range of knowledge for Business News. She is an avid reader and writer of Business and CEO Magazines and a rigorous follower of Business Leaders.
« Google Acquires Media Streaming Company Anvato to Expand its Cloud
From BUST to BOOM: The Collapse of the Italian Banking System »
Leave a Comment
Close