Saudi Arabia’s Public Investment Fund (PIF) is reportedly in talks to be part of the investors that would buyout Tesla from public trading, Bloomberg reports. CEO Elon Musk is now in the week to face more scrutiny from the company’s board, investors, and advisers, following his plan to make Tesla private which will require at least $82 billion to materialize.

Experts had speculated that the Saudi Fund would not be interested in any deal to invest in Tesla private plan following the fund’s 5% stake it recently built in the all-electric car maker. But people familiar with the fund’s plans have said otherwise: PIF is exploring how it can play part in Tesla buyout deal.

The board members of Tesla Inc. would be evaluating Musk’s proposal this week alongside with the financial advisers. Musk may be required to rescue himself as the directors have already told him to hire his own advisers, according to CNBC. Tesla CEO is hoping to gather funds for the transaction from a large group of stakeholders and not just from one or two investors.

Tesla investors were shocked to see Musk’s tweet announcing the “going-private deal” and a proclamation of having funds, though he’s yet to prove that he has financing for the deal. At least two Tesla investors have sued the company and Musk, alleging manipulation of share price, according to Bloomberg, and the U.S. SEC is currently reviewing if the tweet is factual.

Musk and SoftBank Group had a similar discussion last year

Softbank Group’s Masayoshi and Musk were in talks last year to establish a financial deal that includes taking Tesla private. The deal failed to materialize due to ownership disagreements. 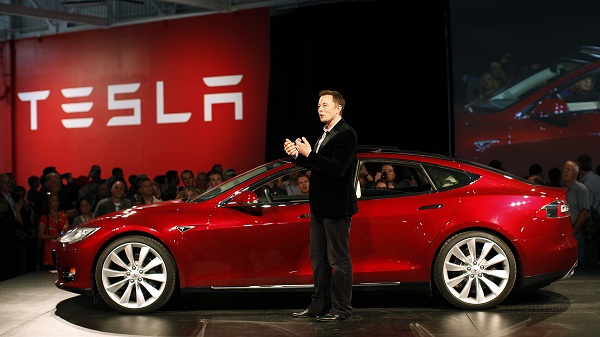 According to people familiar with the matter, SoftBank is not planning to participate as an investor in a deal taking Tesla private. The sources alleged that SoftBank thinks Tesla will face increased competition since it is yet to deliver on its commercial ambitions, with General Motors Co. in pole position to affect the future of Tesla.

Musk wants to own about 20% of Tesla after any deal

The PIF began talks with Tesla even before Musk’s August 7th controversial tweet where he disclosed weighing options to take Tesla private. The Saudi Fund is seeing its Tesla investment as a path for the Kingdom to hedge against oil, according to the sources that asked not to be mentioned. The PIF is yet to disclose how much it would be investing further in Tesla, but talks are ongoing.

While Musk is hoping to have a large pool of shareholders who will remain the owners of a private Tesla, the tech mogul has said he still wants to own about 20% of the company after any transaction.

The U.S. Securities and Exchange Commission is already gathering information about Tesla’s manufacturing and sales goals pronouncements to the general public and also reviewing statements from the company after Musk’s tweet.

Anna Domanska
Anna Domanska is an Industry Leaders Magazine author possessing wide-range of knowledge for Business News. She is an avid reader and writer of Business and CEO Magazines and a rigorous follower of Business Leaders.
« Tesla’s chief engineer Doug Field returns to Apple
Panic Selling Ensues as Bitcoin Value Drops Below $6,000 »
Leave a Comment
Close